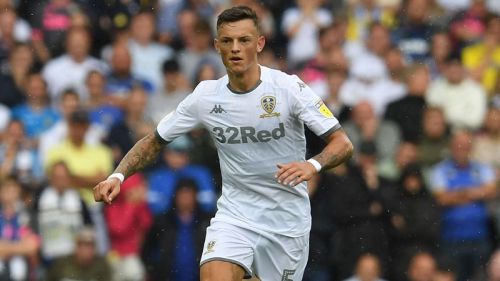 Ben White – limitless potential and a bargain at any price

Without any doubt, the revelation of the Leeds United season so far has been a young man called Ben White, a lad with no previous experience above League One level, having made zero appearances for his parent club Brighton. The challenge at Leeds for this comparative novice was a stern one. Signing on loan for the season, he came in the Elland Road players’ entrance almost as the iconic Pontus Jansson was making his exit with a shock move to Brentford. Among the United faithful, eyebrows were raised so high that they threatened to wind up on the backs of their owners’ necks. Teeth were gnashed and clothes rent asunder in biblical displays of grief and dismay. Pontus was gone, and we had this tyro no mark in his place, an almost comical proposition that had a section of the Whites support writing off Leeds’ promotion chances before a ball had been kicked. Oh, we of little faith.

Now, just nineteen games into a season that has seen White play every single minute of league action for Leeds so far, the doubters are having to gorge themselves on humble pie, to the extent that there may well be no room for the Christmas turkey in just a few short weeks. Mostly, they are happy to do this, because seeing this young colossus form a vital part of the Championship’s best defence has been a joyous experience. Bloggers such as yours truly have had to reach deeper and deeper into their bag of superlatives each week, and still it’s difficult to overstate just how integral to United’s success Ben White has been. I’ve seen him described as a latter-day Paul “Rolls Royce” Madeley, and it would be difficult around these parts to come up with a more flattering comparison than that. Others see a resemblance to Alan Hansen of Liverpool fame, still others point to the young Jonathan Woodgate, who saw at first hand last weekend just what United and White could do, as his Middlesbrough charges were swatted aside 4-0.

My own view is that White, who will doubtless face far sterner tests than the Boro men managed to set last Saturday, may well end up in a category entirely by himself – he has the potential to become truly peerless. Ben seems to have the lot – skill, composure, tenacity and that innate ability to read the game which is given only to the special few. My nearest comparison out of all the footballers I’ve seen in my 44 years as a fan, would be Franz Beckenbauer, the legendary Bayern Munich and West Germany icon of the seventies. In fact, if you could just graft a bit of moral compass onto der Kaiser, who was not above a bit of skulduggery as Leeds United fans are only too well aware, then you’d have a pretty close match. Ben White deserves to be mentioned in such company, he’s simply that good. He can play for and captain England, he can lift a World Cup, he can win titles, cups and Champions Leagues. Absolutely nothing is beyond this lad.

All of which is why I would say to Leeds United: whatever else you do recruitment-wise over the next couple of transfer windows, move heaven and earth to get Ben White. There is no price too high to make his capture anything but a thief’s bargain; whatever you pay, you could at least double your money five years down the line. It’s a Rio Ferdinand type scenario, buy for £18m, sell for £30m plus – but the return would inevitably be higher still. Never mind Financial Fair Play; dig deep and do whatever you have to do in order to get this player.

You know it makes sense.