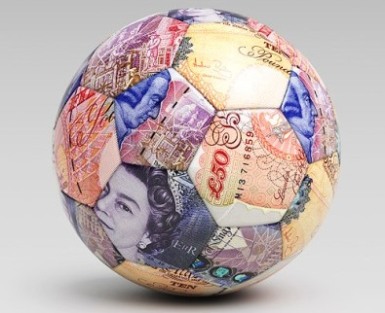 FFP – In aid of The Cartel

With the news that QPR are in line for a massive fine – reportedly a possible £62 million – for incurring heavy losses in their vain attempt to retain top-flight status, it’s time to pause, scratch our heads and reflect: just who ARE going to be the beneficiaries of the Financial Fair Play rules?

Firstly, what is “Fair Play”?  Doesn’t it imply a leveling of the playing field so that true competition might be a feature of our national game – instead of an all-powerful cartel at the top of the Premier League, carving up the goodies between them?  One of the worrying aspects of the Fair Play rules appears to be their scornful attitude to inward investment. Suddenly, this has become a grubby, slightly indecent concept, the clubs trying to invest their way towards parity with the Big Boys are looked upon as upstarts, unwelcome parvenus  The idea of slapping a massive fine on top of a big operating loss is likewise perplexing – somewhat akin to seeing a dangerous blaze which threatens loss of life and property, then trying to put it out by spraying petrol lavishly all over it.  We are in danger here of applying a cure that is worse than the disease.

As a Leeds fan, I suppose I should be leaning towards rules like this.  Leeds are a big club, and success would multiply their potential to succeed commercially by a factor of many. Presumably, this sort of self-generated wealth would meet with the approval of the minds behind Financial Fair Play – although, given the fact that it’s Leeds, we’re just as likely to get hit with a 15 point deduction.  But the whole thing stinks to me; I am cynical as to the thinking behind it – and even more so, I am cynical as to the interests of those who are behind the thinking.

Financial Fair Play appears to my non-financially-wired mind to want to put more power and financial muscle into the hands of those who already have the most power and financial muscle.  It will benefit, surely, those who have tapped successfully into vast overseas markets, those with massive supporter bases consisting of millions of people, most of whom will not necessarily have even visited the country wherein resides their team of choice.  The more tacky memorabilia and replica merchandise such a club can sell, to the biggest market possible, the more the new regime of Financial Fair Play will approve and enable that club.  Who on earth COULD they be thinking about here?

I’m even more worried, having heard about the bleak situation facing QPR, about the direction in which our game is heading.  It seems to be all about empowering the powerful, and rendering those who want to rise and compete incapable of doing just that. The legends that have been built up in the game over the past century or so are now in a position to benefit enormously from rules that reflect today’s “Devil take the hindmost” philosophy.  That might thrill the capitalist souls of many, but it doesn’t do much for the guy who likes the idea that, every now and again, some hitherto unregarded club will ascend through the levels and leave the Goliaths with a bloody nose. That sort of scenario, to me, is what sport is all about – and if you legislate against clubs trying to better themselves in what is increasingly a money-dominated game, then you’re cutting off a hell of a lot of the appeal of the game.

Or am I just being hopelessly naive?

We all know what normally happens when any former footballer, once-famous manager or similar faded glory is asked the burning question: who was your greatest player of all time?  The form is that you scratch your head to make it look as if you’re thinking, nod sagely and then say “Why, it was Georgie Best, of course”, before holding your hand out for the cheque and heading straight for a refreshing cappuccino – or for the nearest bar if you’re NOT Jimmy Greaves.

Ex-Tottenham, Chelsea and AC Milan striker Greaves though – who also starred for Barnet FC and West Ham once his top-level playing days were done – had no doubts about his choice.  John Charles, he explained, was not only one but two great players.  At centre-forward just as much as when he was deployed in a defensive role at centre-half, King John had no peers.  During his spell in Serie A with Juve, an environment Greaves knows well from his brief stint with the Rossoneri of Milan, John would often start a game up front and then, having scored the goal to gain his team a precious lead, would be pulled back to centre-half to ensure that they didn’t lose it.

I’ve written a recent article myself about the great Charles, and how he should be regarded as the Best of British despite the populist claims of Georgie Best.  I expected to find broad agreement among Leeds fans – certainly the ones who had been lucky enough to see John play whilst he was in his pomp – but I also expected that fans of other clubs would have been firmly aboard the Best bandwagon – particularly as this was a vehicle driven quite hard by George himself, who never had any qualms about expressing his view that he was the finest player of all time.  With an ego like that, his spiritual home surely was the Theatre of Hollow Myths – but the fact remains that his professionalism and dedication were of a much lower order than is needed for true greatness to be accorded. That was very much my view anyway, and one that I hope can be seen as unbiased.  But a little corroboration from among the ranks of ex-pros can’t do any harm.

Interestingly, Greaves is not alone in dismissing the claims of Best.  George’s team-mate at Man U, Denis Law, also felt that Best fell short of true greatness because of the flaws of character and discipline that accompanied his undoubted genius.  By contrast, John Charles had an attitude and professionalism to match his incredible ability and the tremendous physique that enabled him to dominate two vastly different playing positions.  Furthermore, in the highly defensive, cynical and violent Italian league, John was never booked or sent off – as indeed he never was throughout his career – a notable achievement for any player. For a man often used as a defender in Serie A, it was little short of miraculous.

John Charles was voted Italian football’s top “foreign import”, thus coming ahead of Platini, Maradona, Brady and even Luther Blissett.  To this day, the fans of Juventus will greet a fellow football fan wearing Leeds United colours and talk eagerly of “il Gigante Buono”, the player that served both clubs so well, the man who has entered legend as King John.

Jimmy Greaves – you were a top player, and you’ve proved yourself at last to be a man of judgement and discretion.  I salute you.