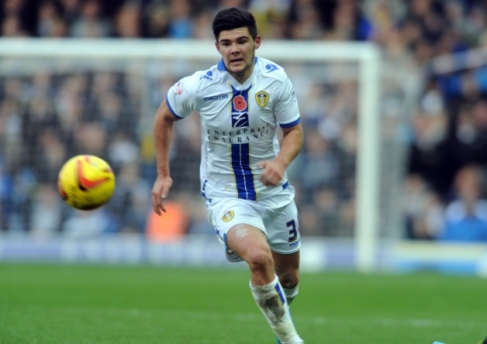 The news that young Alex Mowatt has signed a contract extension with Leeds United, only eight months or so after turning professional, is another massively positive sign that this is a club that is going places.  Mowatt, 18, has seized his chance this season and has turned in a series of fine displays, nailing down for himself a regular first team spot well ahead of schedule. His is a classic example of the old saw “If you’re good enough, you’re old enough”, and Leeds have acted fast to tie the youngster to a deal that now extends until 2017.

Mowatt himself is enthusiastic about his situation at Leeds: “I’m really pleased to have signed,” he said. “I’ve been at the club since I was six and this is where I want to play my football.  This season has gone really, really well so far and I just want to keep working hard, keep improving, and play my part in helping Leeds United get where we want to be.”  As it seems certain that there would be no shortage of interested parties, Premier League clubs among them, if Mowatt were to fancy a change of scene, it’s vastly encouraging for United and the club’s fans that such a hot prospect has no qualms about committing himself for the long term.

As with Sam Byram and to a lesser extent Chris Dawson before him, Alex Mowatt has emerged from the shadows of junior and development squad football at Elland Road and has immediately looked like the real deal.  In looks and playing style, he has reminded many good judges of a young Gary Speed.  Ex-United skipper Brendan Ormsby has said of him: “He reminds me of Gary Speed with the way he moves and uses his left foot.  I like the look of him. Although it’s a silly thing to say, he looks like he can play!  At 18 years old, Alex looks like he has a good future ahead of him. He will be a very good player if he carries on this way.”

Looks-wise, Mowatt reminds me more of Lyndon Simmonds, a young lad who shone brightly for a short while nearly thirty years ago, but who then faded away, moving on to Swansea and then Rochdale.  Ormsby’s judgement commands respect though, and you can see what he means in terms of the similarities of paying style, based in both cases on a fabulous left foot.  But Speed’s are big shoes to fill, and the lad will doubtless prefer to be recognised as the first Alex Mowatt, rather than the next Gary Speed. As comparisons go, though, it’s not a bad or an unflattering one, is it?

Leeds United is a bit of a good news factory at the moment.  These things are strictly relative, of course, and after some of the bad times we’ve had over the past decade or so, the mere absence of calamity and disaster (and Ken) are ample justification for dancing in the streets.  But it does rather feel as though better times are on their way back to Elland Road.  The laughter and chat, audible behind Jason Pearce‘s post-match Radio Leeds interview after the Wigan victory, spoke of a good atmosphere around the squad and a bond between the players.  These are essential ingredients for a successful squad, and it seems that manager Brian McDermott is wisely nurturing a feeling of unity and positivity in a tight-knit group of players.  He’s been there and done it all before has Brian, and it would take a rich and foolish man to bet against him doing it again.  With bright young stars like Byram, Dawson and Mowatt once again rolling off the Elland Road production-line, his task will be easier than if he were just to rely on the transfer market. But if that, too, can be exploited to United’s benefit in the January window, then the club might just really be going places – and sooner rather than later.