Getting Promoted the Leeds United Way – by Rob Atkinson

Leeds United have achieved promotion to the top League of English football (Football League Division One of blessed memory) on two occasions within my lifetime – 1963/64 and 1989/90.  Both promotions followed significant lower status periods – we don’t really do “bounce-back” promotions – and here we are again, a decade away from the game’s shop window, and this time we actually plumbed the depths of the third tier for the first time in our illustrious history. So – talking about history – do those last two promotion successes have anything to teach us today?  The answer seems to be: yes, quite a bit.  But sadly, there’s not necessarily all that much encouragement to be derived from the lessons of yesteryear.

The fact appears to be that the last two Leeds United sides to have achieved promotion to the top flight both did it with quality to spare.  Both finished as Division Two Champions, and both squads included a number of players who would go on to help add to the Club’s Honours Board.  In 1990, the team that pipped Sheffield United for the Second Division title included as mainstays Gordon Strachan, Gary Speed, Lee Chapman, Chris Fairclough, Mel Sterland and David Batty.  That’s over half a team, and all of those players figured heavily in the squad that won the last Football League Championship title in 1992.  Also appearing in that “Last Real Champions” line-up were four more survivors of the 1990 promotion side: Carl Shutt, Imre Varadi, John McClelland and Mike Whitlow.  So TEN members of the promotion squad were good enough to figure in the season that brought the ultimate League honour back to Elland Road.  All but Batty and Speed were incoming transfers, some costing what was significant money for the late eighties.

In 1964, the picture was similar, though with more of a bias towards home-grown talent – unsurprisingly given the quality of the youngsters coming through from an outstanding youth policy. The names trip off the tongue:  Gary Sprake, Paul Reaney, Billy Bremner, Jack Charlton, Norman Hunter, Paul Madeley, Terry Cooper and Peter Lorimer.  The ultimate success took longer to achieve for Revie’s boys, but all eight of these players, plus the genius of Johnny Giles – purchased for a song from Man U in a transfer Revie described as “robbery with violence” – were major contributors to the side which proved itself the best-ever in 1969. The later transfers in of Mick Jones and Allan Clarke, with the emergence of Eddie Gray from that legendary youth setup, simply applied the final coat of gloss to what was a very fine side indeed. The makings of Champions were there in the 1964 promotion team, just as they were for that of 1990.

So what does all this tell us about the here and now?  Nothing very happy, to be sure.  The squad we have today might – with a few judiciously-selected additions – have some sort of chance of achieving promotion, though you’d have to say the lottery of the play-offs would be the likeliest route.  And as a club, we’re famously poor at play-offs.  But if we DID scramble promotion – what sort of foundation would there be for becoming a successful Premier League side? Hardly any, in truth.  Look through the playing staff we have, and name players who might figure in a Premier League winning side in the next few years.  Sam Byram, maybe – and probably, almost certainly – NOT in a Leeds United shirt. So we’re in danger of becoming the Leeds United side least well-equipped in living memory to go up, and stay up to do well. Much more likely though is that – with the element of quality currently so sadly lacking – we’d just bob around in mid-table in the Championship, and listen to a load of excuses every week or so.

History shows that, on both the occasions we’ve won promotion in my lifetime, there has been relatively major investment in the team to make that possible.  It was more the case in 1990 than in ’64, but the whole game was much more about money by the 90’s – and of course vastly more so today.  But even in 1964, players had been added to the squad to see us over that promotion-winning line – Alan Peacock was an England-capped forward, bought for decent money from Middlesbrough.  Bobby Collins commanded a fee even as a “veteran” when he moved to Leeds from Everton.  In the 1990 side, Strachan, Fairclough, Chapman and Sterland all cost well into the six figures, as did John Hendrie and Vinnie Jones. This was proper investment, speculating to accumulate.

There is as yet no real indication of the path that might be trodden by the Leeds of today, under the guidance of new owner Massimo Cellino.  We are given to understand that he has inherited an almighty mess from a list of previous owners, who can only be distinguished one from the other by the slightly varying degrees of their wretched crookedness.  Some will say, serves you right Massimo for foolishly dispensing with the need for due diligence – others will simply be glad that the Italian’s on board – despite the vicious attempts by the senile and dithering old fools of the Football League to block him – and looking to sort things out.

Cellino appears determined to be faithful to his own methods and philosophy – and it’s fairly clear that we won’t find out very much about on-field recruitment until he’s laid the foundations for a properly-run club.  The Head Coach appointment seems likely to be the next significant step, and from that will flow the rest of the preparations for next season.  By now, Cellino must be aware of the fans’ voracious appetite for success – a term to be defined by the Leeds United history of the past fifty years, as opposed to the yardstick of just any old club.

The fans’ expectations are extravagant but understandable, having their roots in a proud and glorious tradition, from eras past when this club did things properly.  Where expectations such as these are dashed, sooner or later there will be rebellion – even in what might still be, relatively speaking, a honeymoon period for the new owner. Whether such rebellion would come in the form of apathy over match-day attendance, or some more incendiary form whereby dissatisfaction might be expressed by marches and sit-ins, or by the owner being barricaded inside Elland Road (Massimo has had some experience of this already) – this would depend upon the depth of supporter anger or unhappiness.

Cellino’s staff would be well-advised to do plenty of rooting about in Leeds United Football Club’s history, both to see how things were managed when the people in charge knew what they were doing, and also to advise themselves of what happens with the support – and indeed the staff and management – when they feel they’re having the urine taken out of them.  That feeling has been abroad too often for comfort in the past few years, and what is needed right now is a campaign of relative harmony.  From that point of view as much as any other, there may well be advantages in the appointment of a head coach with an intimate working knowledge of the club and its traditions and character – and of the fan-base.  This is not just any club – and we need someone at a high level in the organisation, who is acutely aware of that fact.

Former skipper and manager Gary MacAllister’s name is evidently on Cellino’s very short short-list – and if anyone can pick up the reins effectively at Elland Road right now, then maybe Macca can. He should not, in my view, be judged too harshly in the light of his previous stint in charge – he was not working under the most favourable circumstances, or indeed the most favourable owner. Even so, some of his signings turned out to be legends of their time; his eye for a player, certainly an attacking player, seems reliable – as witness Becchio and Snodgrass.

But it is Gary MacAllister’s Leeds United DNA that we probably need as much as anything else right now, when one major priority should be the re-establishment of a definite Leeds United identity, now that Bates has gone, and now that GFH have been reduced to the role of mere parasites.  The club needs to hold its collective head up high, and march on saying We Are Leeds.  That was the spirit in which those previous two promotions were earned, and it is that spirit which needs to be rekindled over this summer, so that we come out fighting – and Keep Fighting – for the season ahead.

I would say – get MacAllister in, let him surround himself with people he can work with (including, please God, a defensive coach and someone with a Plan B) – and let him put his stamp back on the club.  To me, this would also add to Cellino’s credibility. Anybody who has read McAllister’s book, or who has seen how he has conducted himself throughout his career, will know that here is a real football man.  This would not be a Massimo’s yes-man type of appointment.  That would be a very important message to send out, bearing in mind the lessons of Cardiff City under Vincent Tan. One thing we could do with is the reassurance that Cellino is not cut from that cloth.

Next week might just be the start of a positive summer for Leeds – if the right appointment is made and some sort of recruitment programme can then commence.  Let’s sincerely hope so – it’s been too long since we had any really good news at Elland Road.  A feel-good factor would be a long-forgotten but welcome visitor to the club – and who knows?  If we can achieve that, then surely anything is possible.  A promotion charge next season?  England winning the World Cup with a 30 yard volley by Leeds lad Jamie Milner?  Why not? 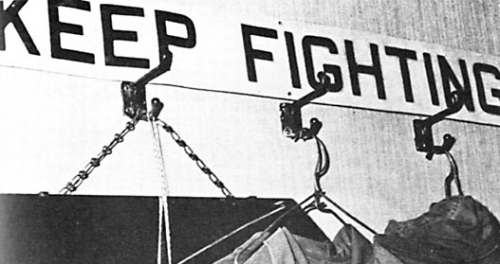