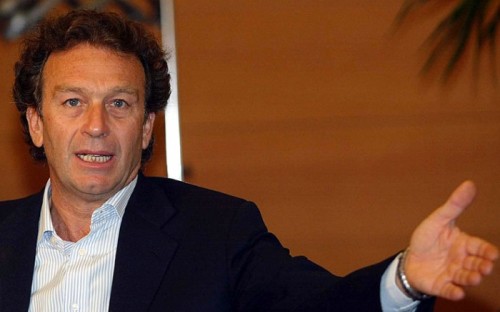 Cellino – it’s my way or the highway…

So, Massimo Cellino is all over the media, bemoaning a player’s ungrateful refusal of a new contract. We’ve heard it all before, haven’t we – though, thanks to a certain Adam Pearson, not so much lately. But now, with Pearson gone, the shackles seem to be off il Duce – and he’s giving vent to a familiar refrain as yet another quality wearer of the white shirt is eased (not-so-gently) through the Elland Road exit door.

It seems certain now that Sam Byram – coveted by clubs of far higher current status than our own beloved Leeds – will be taking himself off to one of those clubs before too many more moons have waxed and waned. On the wane beyond dispute has been Sam’s form this season. A footballer’s effectiveness is a fine-tuned thing, as highly-strung as a skittish thoroughbred, and something has certainly affected Byram this term. Whatever that might be – interest from the top flight, a benevolent offer from Cellino of a pay cut for a new contract, or perhaps a combination of the two – the situation will hardly be smoothed over by the owner’s unfortunate habit of tossing controversial comments, like live hand grenades, broadcast into the media scrum.

The difficulty for Leeds United is that, between Cellino’s ego and Byram’s youthful obduracy, the scope for further negotiation now seems narrow to non-existent. This being the case, we appear certain to see what will ultimately be a multi-million pound talent leaving United for what will amount to a song. There’s pride and principles on both sides, no doubt – but the economics of that outcome are just pure madness from an Elland Road point of view.

Leeds are clearly preparing for a Sam-less future. At one point, the received wisdom was that a new winger or two would see Byram move back to a right-flank defensive role in which he previously excelled, all but snuffing out the potent threat of Gareth Bale one famous FA Cup afternoon at Elland Road, as Spurs were sent packing. But this past few days, it’s become more difficult to see a first team berth for a jaded Sam, with three quality wide attackers on the staff and in-favour full-back Gaetano Berardi signed up for another two years. The writing is clearly on the wall – but that bitter pill might be sweetened by some mega-club owner’s signature on a nice, fat cheque. Alas, it seems unlikely to happen thus – and the finger of blame for that really must point directly at Massimo Cellino.

It’s been a welcome change, until quite recently, to hear the golden sound of silence coming from the direction of erstwhile Motormouth Massimo. There’s been less angst and less anxiety with that sensible Mr. Pearson doing the talking. But, now that he’s run, or been pushed, off to the Far East and Hull FC’s inscrutable problems, it’s as if someone’s de-muzzled Massimo, and the familiar fusillade of soundbites has resumed, to no true Leeds fan’s delight or delectation. This past few days, we’ve heard the Italian’s views on Byram, Matt Child, Uwe Rösler and God knows what-all. It’s been the opposite situation to the relief you feel when you stop banging your head against the wall. Regrettably, it appears that the head-banging has resumed at Leeds – and we’re now shorn of that calming, restraining influence that made for a placid summer and early season. If Rösler’s ample forehead has acquired a few new worry lines, is it really any wonder?

Of course, it’s Cellino’s club and he’s a right to his say. But is it really too much to ask that such a gift for self-expression might be tempered by a bit of judgement and consideration here and there? Mouthing off in the media about Byram’s contract-renewal negotiations is hardly constructive. At best, it’s a breach of confidence. At worst, it’s a blatant attempt to set the club’s more gullible fans against one young man, who has a finite career to think of – and who might quite reasonably be casting a jaundiced eye on offers that may or may not amount to a pay cut. And this could so easily destabilise the whole club (after all, what player likes to see his team-mate’s contract linen being washed in public?) – just because of one man’s ego and the current lack of any third party restraint.

This blog is on record as saying that Sam Byram is dispensable – albeit with regret – but only if the price is right and if that money is reinvested in the squad. It seems likely that the squad will continue to be improved, but that such improvement will probably not be funded by a healthy return on the talents of an outgoing Sam Byram. And that’s not just a great pity – it’s undeniable evidence of mismanagement – ego before economics – at the very top of the club.

The best outcome now would appear to be persuading young Sam that joining Sunderland in January would be a good move, in the hope of landing winger Will Buckley on a permanent – together with maybe Liam Bridcutt, who could definitely do an “older head” defensive midfield job – with a few million pounds and a healthy sell-on clause into the bargain. At least, that way, honour might just be satisfied. The tricky bit would be getting Byram to clamber aboard a visibly sinking ship, and hoping that the Mackems conveniently forget they could have the lad for relatively little next summer – if they avoid the drop.

It’s all a bit of a mess, quite frankly, and unhappily reminiscent of previous periods when Cellino has rampaged around Elland Road, mouthing off at (and about) all and sundry, with nobody to say him nay. For the good of Leeds United, Uwe Rösler – and all of us – it’s fervently to be hoped that those difficult days have not returned for good.