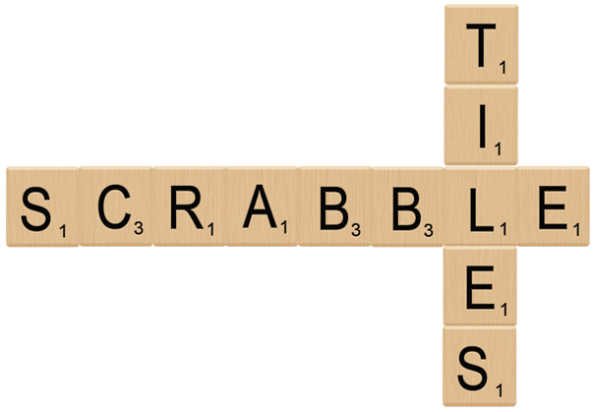 Toy manufacturing giant Mattel are under fire from thousands of fans addicted to their online version of “Scrabble“, the popular word game played on a board with letter tiles, which has sold approximately 150 million sets worldwide. The row has erupted since the virtual web-based game, played regularly by a legion of Scrabble addicts on the Facebook platform, underwent “improvements” recently – changes which actually amounted to a complete revamp and not, according to angry users, in a good way.

The first inkling of change came in an online message seen by users as they started or rejoined ongoing games. A better experience was promised, and an exciting new look. What wasn’t flagged up was the overnight loss which would ensue, of game records, results, scores and contacts built up in some cases over years of enjoyable competition. Overnight, hordes of dedicated users found that their treasured online profile of games and opponents had been lost. Many thousands of people who had found friends in this virtual Scrabble world were angered to find that their fellow players were not in touch with them anymore, no warning having been given, no consultation having been entered into, and no option to retain the friendly competition that had lasted for so long and given such enjoyment.

What these frustrated online Scrabblers are left with is the unwelcome sight of a new version of the Facebook-hosted game which some have described as “brash” and “vulgar”. The rankings they have built up over long periods of participation, some players having many games on the go at any one time, have been lost, utterly and without warning. As many as 3.5 million online users were left with an unwelcome surprise as their opponents vanished along with the Scrabble-based friendships which had grown up between so many of them. Is this right or fair? More importantly perhaps for Mattel, is it even good business? There is, after all, that powerfully iconic word “goodwill” which many business people (and even some international conglomerates) keep close to hand at all times, as a reminder not to go stomping all over their customers, for fear that they may take their custom elsewhere. But Mattel seem curiously insensitive to the implications of goodwill in this case, and appear instead to be determined that there should be no going back, despite the growth and proliferation of some vociferous movements of protest and resistance.

The fury of the people affected, who have been so abruptly denied their daily “fix” of Scrabble and companionship alike, is readily understandable. A typical player is 72 year-old Kath Ward from Dunstable in Bedfordshire. She told the Mail Online:

‘My daughter knows that I like Scrabble, so when she found the game on Facebook she encouraged me to join and I signed up just to play. I have loyally played it every day since unless I am on holiday or terribly busy. I play for about three quarters of an hour to an hour depending on how many games I have on the go. I have made friends with people all over the world. People were very nice, you start off saying something like “that was a good word” and go from there. You get to know people. One of the people I regularly played with is in Spain and when we were there she invited us to visit. It saved all your games, so you had a record of all the people you had played and your statistics. This game means a lot to people – mostly silver surfers – they had dozens of friends on it. But it’s all been wiped overnight.’

Mrs Ward’s is one voice among many thousands being raised angrily at the sudden and arbitrary way in which their pastime has been wrenched from them. Users are talking about friends they’ve been in touch with for years, forming an online community of online Scrabble addicts, often chatting about general matters in between games, sometimes arranging to visit on holiday – but in many cases the previous version of online Scrabble was their only contact, and for some – shatteringly – the friendships have been lost with the abrupt deletion of all existing data.

On a purely competitive level, the point is also made that this was Scrabble – not some passing fad as many online games are – and that Scrabble people are obsessed with their records and rankings. Who should know this better than Mattel, the creators of the game? And yet they have acted in what seems an extremely rash manner to eradicate all these records, rankings and scores. The Mail Online reported a spokesman for Mattel as stating:

‘The Scrabble Facebook game is now managed by a new partner EA Mobile. The benefits of the new game include gameplay across devices, the addition of the Collins Official Scrabble Wordlist, the ability to play in six languages, the option to customise boards and tiles and the option to play ad-free. As part of the transition, we were unable to carry over ongoing games and statistics, the timer mode and the manual match-making function. The new version will have the same robust statistics moving forward.’

On that last point, many long-time Scrabble users are highly dubious, claiming that the ongoing stats include many people who have actually abandoned the game in disgust at the changes which were imposed. Mattel appear determined to remain obdurately on course with the new game; outraged former users seem equally set on maintaining their loud objections and making as much of a protest as possible for as long as it takes. The strength of the movement against the changes appears to be growing: one Facebook group maintains that the Scrabble changes are reversible, and continues to demand that Mattel see sense, look to their customer goodwill and set matters straight.