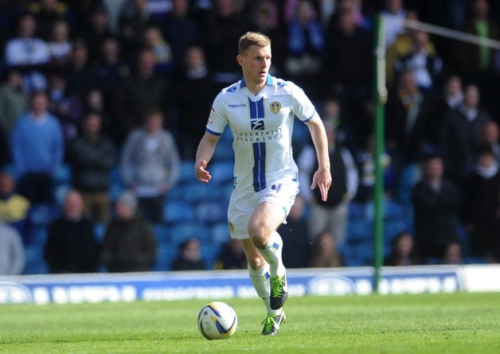 On the day that we lost David Coleman, the man who so memorably commentated on Leeds United’s only FA Cup Final success, it was the Cup Final mentality of smaller Yorkshire rivals which, yet again, intervened to make a liar of the formbook.  That nagging chip on the underdogs’ shoulders acted to dispense with the gulf in class, which is evident from a glance at the league table, and to produce a result nigh-on as daft as the Barnsley fans apparently celebrating some sort of trophy success at the final whistle.  Such evident confusion is perhaps understandable – it’s 101 years since their only piece of real silverware, and even that was upstaged by the loss of the “Titanic”.

It was one of those games, a bad day at the office, a match where nothing dropped for Leeds.  Choose your cliché and go with it.  Ultimately, it all boils down to the same thing: dropped points for Leeds against inferior opposition who simply dared not give less than heart and soul plus blood, sweat and tears, urged on as they were by the rabid hatred their fans bear for the Elland Road club.  For Leeds, Matt Smith missed a hat-trick of reasonable chances, and the game rather passed their other recently effective performers by.

This enhanced desire on the part of smaller clubs against United is something I’ve written about before, and far too many of the “Yorkshire derby” games follow this same, frustrating pattern for Leeds, costing valuable points that add up to a significant dent in the team’s potential over the season.  Huddersfield benefited from the same thing; even Doncaster performed well above themselves last week in losing to United at home.  Barnsley, though, are a case in point.  This disappointing (for Leeds) goalless draw was actually one of our better results against the men from Oakwell, who apparently view the two games against United as the main part of the season, with the other 44 matches a chance for some not all that well-earned relaxation.

The type of performance that Barnsley, as well as several other hotly-resentful Yorkshire clubs, manage to produce against Leeds leaves them open to charges of dishonesty and cheating their manager with the poverty of their displays in other games.  Barnsley have been pathetic for most of this season, but you just knew they’d be bang up for it against Leeds.  That said, it’s a thing that the Whites simply have to learn to deal with – there can be no excuses, whatever the lop-sided motivation of the opposition, for failing to take full advantage of a poor team.

It’s quite probable now that Barnsley will go on to collapse to defeat against their next opponents.  After all, that’s what normally happens – look at Huddersfield’s next few results after their 3-2 success earlier in the season.  Unless new manager Danny Wilson can inspire his team to repeat today’s determined effort, the delighted Tykes fans can look forward to some Christmas and New Year misery as their knackered heroes ease off into post-Cup Final torpor.  None of which helps Leeds; it simply serves further to illustrate the annoying nature of this extremely annoying and inconvenient phenomenon.

There were no real winners today; Barnsley’s point leaves them rooted to the foot of the table, whilst Leeds’ failure to grab all three dents their hopes of consolidating a play-off position – even though the league position improved slightly from 6th to 5th.  United will hope to get back on track in front of the live TV cameras at6 Blackpool on Boxing Day.  It is to be hoped that central defender Marius Zaliukas will be fit enough to play after being clogged by Tudgay, a challenge that saw the Barnsley man receive a straight red card.  Leeds will already be without Luke Murphy, suspended after his 5th yellow of the campaign.

Allan Clarke, the man who scored that Wembley goal to win the Cup for Leeds in 1972, played for and managed both of these clubs.  His presence in either forward line today would probably have resulted in at least one goal, with his clinical ability making some sense out of the hurly-burly in either penalty area.  As for David Coleman, the iconic commentator who intoned “Clarke…..one-nil!” on that day over 41 years ago – well, even he would have found it hard to enthuse about this one.  A very unmemorable and disappointing day for United  – but yet more faux “Cup Final” joy for plucky little Barnsley.