In science news, it has been announced today that a revolutionary, super-accurate atomic clock has been designed by the Public Institute of Standards & Technology (PIST).  The clock is so accurate that it could run continuously for 300 million years without ever straying from the precisely correct time.  As it is definitely envisaged that, sometime within this 300,000 millennia time-scale, a decision will be notified on the outcome of the Massimo Cellino appeal, Leeds United have decided to utilise the PIST clock for the timing of any such announcement.

A decision had been expected by 6pm on Friday evening, 4th April – but Twitter carried the news this morning that the deadline had been put back. No new decision time has been predicted, but Leeds officials are confident that news of Cellino’s appeal will be available at some point within the 300 million year operational period of the new clock.  A GFH spokesman commented “We are certain that this time window is reliable.  We’re a go-ahead club, and an atomic clock sends appropriate messages about accuracy and honesty.  So we’re going for PIST.  It just feels right.”

The barrister responsible for the decision, QC Tim “Juan” Kerr, is described as a thoughtful man who likes to get things right, no matter how long it takes to negotiate the legal complexities before him.  “It’s better to get it spot on than do a fast, but possibly shoddy job,” said the pedantic silk, slowly. “I’m prepared to cogitate for as long as it takes and, if necessary, my descendants will be willing and able to complete the job for me.”

The man at the centre of the whole saga, Massimo Cellino, would say only: “Sono disposto ad aspettare – almeno fino a quando il mondo smette di girare. Spero che i tifosi sono, anche. Siamo tutti Leeds, non siamo?”  Mike Farnan, of erstwhile competitors in the Leeds takeover, Together Leeds, indicated – after a brief interval on Google Translate – that he was in full agreement with this.

Being Leeds: It’s Hoping for the Best but Always Expecting the Worst – by Rob Atkinson 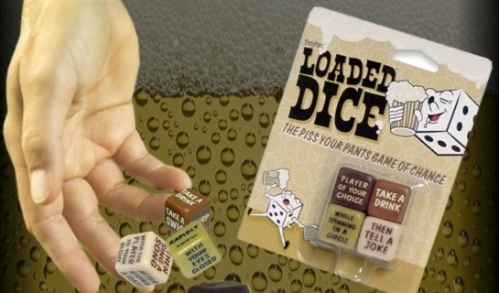 Leeds United – up against loaded dice

As the calendar tips over onto Friday, April the 4th – the day a QC is due to hand down his decision on the appeal of Massimo Cellino against his disbarring as Leeds United owner – it’s hard not to reflect on the track record of Leeds as a club, whenever these crucial days come around.  By and large, it’s been a tale of frustrated hope and seemingly inevitable disappointment, whether you’re talking about Cup replays, Cup Finals, points deductions or the attempted over-turning of massive miscarriages of justice.

Justice always seems to frown on my club.  It even did so when it was most urgently sought: in the matter of two lads who travelled abroad to watch their team play in a UEFA Cup semi-final, and who never returned home. On Saturday it’s the fourteenth anniversary of the senseless murder in Istanbul of Chris Loftus and Kevin Speight – and justice has never really been served for that despicable act.  RIP lads – you’d be as disgusted as the rest of us with what’s been going on at the club you loved.

Beside such human tragedy and wanton waste of life, lesser matters of course pale into virtual insignificance.  Nevertheless, Leeds United have faced another confrontation with the arbiters of justice this week – and it may well be that yet another slap in the face is about to be administered, after an agonisingly long and drawn-out process which has been dragging on now, through various twists and turns, since well before Christmas.

It’s a saga that has dragged down what had seemed a reasonably promising season with it.  The Leeds of pre-Christmas had been doing alright, without pulling up too many trees; they seemed well-placed to kick on in the new year and maybe challenge for a long-awaited return to the top flight.  Wind forward a few short months, and the picture is radically different. Distracted – apparently – by off-field issues and worries over ownership and payment, the team has performed dismally against a backdrop of cowardly betrayal by GFH, United’s current, spineless owners.  Now we look over our shoulders fearfully at the relegation dogfight, rather than upwards in aspiration towards the play-off zone.  The pattern is remarkably similar to last year; the fans do their bit, pay through the nose – only to see their club’s campaign implode and peter out into embarrassing failure.

Historically, we should be used to having our hopes raised in expectations of glory, only to see those hopes turn to dust as bitter disappointment invariably claims us yet again.  Without going over the dreadful list of all those near-misses – just think of two European Finals ruined for us by bent referees, of domestic ambitions in the early seventies thwarted by intransigent and vindictive League officials (thanks, Mr Hardaker), of an official FA dinner breaking out into spontaneous applause as Leeds were beaten in the 1987 play-off final, of a Premier League referee raising his arms in triumph as the opposition scored against us in a match he was controlling.  And so on and so forth.  We really should know better, by now, than to expect anything more than bad news, the cold flash of shock and bitter let-downs time and time again.

As we await the Cellino verdict, we are again hoping for better times – and we yet again find our mood turning towards pessimism as we realise that – as ever – this one will probably go against us.  In the last day or so, a senior politician has been given a gentle rebuke for another expenses swindle, and Sunderland FC have escaped severe disciplinary action for fielding an ineligible player in five matches this season.  Yet it’s more than likely that Leeds will finally be denied their saviour over a matter of import duty on a yacht which amounts to a measly few hundred grand against Cellino’s wealth of over a billion – and yet this has been gleefully accepted as dishonesty rather than the oversight it quite possibly was.

More happily, it turns out, Massimo Cellino may well be far down the road of  perfecting a Plan B, in anticipation of a stolid refusal to accept him as Leeds owner.  It is now being suggested that he could join forces with erstwhile rivals Together Leeds and their front-man Mike Farnan, to remain in the picture as Leeds move into a new era.  By the time Friday finishes, it’s quite probable that we will have all of our hopes invested in this Plan B if – as history teaches us is almost certain – United get their hopes dashed in Court yet again.  Perhaps the powers that be are even now figuring out a way to nip this idea in the bud.  Paranoia?  Maybe, maybe not.

It does sound, after all, like the old story of a hard-done-by sports team shouting resentfully, “We wuz robbed!”  But when you look at the history of Leeds United – and at what tends to happen every time one of these crunch times comes around – it’s hard to escape the conclusion that we’re rolling with the dice loaded against us.  Inevitably, we end up disappointed, hopelessly crying foul to wilfully deaf ears. There’s no real reason to suppose that things will be any different this time around.  Disappointment and injustice.  It just goes with the Leeds United territory.

Could it really be different today?  By the time our demoralised team takes the field at Wigan on Saturday, we’ll most probably know.  Meanwhile, it’s fingers crossed for Cellino and Plan A.  Surely, one of these days, Leeds United will cop for an even break?  It might be today – stranger things have happened.