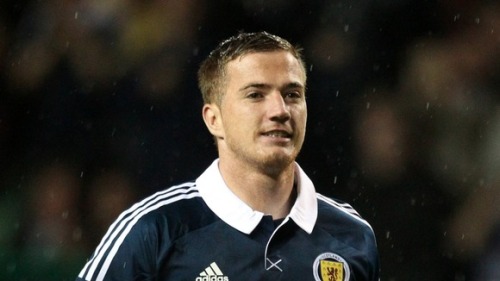 Concerns are being raised about safety on the streets of south-west London, after the owner of Fulham FC, Shahid Khan, was allegedly mugged in broad daylight yesterday.  The American billionaire, 490th wealthiest person in the world, claimed that he was strolling along minding his own business when suddenly, out of the blue, he was waylaid by a man he identifies only as “Big Mass”, apparently a rival of Khan’s in the world of sport and finance.  Khan alleges that he was taken by surprise as the assailant appeared suddenly in his path, demanding money.  Anxious to avoid any unpleasantness, he gave up the contents of his wallet, some 11 million pounds.

The suspect in the matter, the man known only as Big Mass, was later questioned by police, but denied any wrongdoing.  “Was business deal, my friend” he is said to have claimed, before being released without charge. Mr Khan admits that he was presented with a second-tier footballer for use in his club Fulham’s forthcoming relegation fight, but he maintains that the transaction was more robbery than business.  “£11 million is a lot of money,” he lamented. “Would I really pay that much, willingly, for an ageing forward with only one good season behind him??”

A police spokesman commented: “We can find no evidence of any criminal activity here.  Money changed hands, as did the registration of a professional footballer.  We can see as clearly as anyone that the deal is lopsidedly in favour of the selling party, but that’s not actually illegal – not unless duress can be shown.  On the face of it, Mr Khan has simply been rather naive in paying so far over the odds.  But this appears to have been a case of being made a mug of, rather than an actual mugging.”

Local safety watchdogs were not so sure that things were as innocent as the police appear to accept.  One of their number is Fulham fan and part-time actor Hugh Grant, a man with some experience of the justice system at home and abroad.  Grant felt that there had been foul play, albeit very difficult to prove – and that vulnerable southern-based football club owners would need to be wary in future.  “This Big Mass chap seems to have got away with it big-time here,” Grant said, brushing back a floppy lock of hair from his forehead and smiling wryly. “We’re all going to have to be on the look-out – and we’ll be suggesting that Mr Khan is more careful about carrying large sums of cash.  It’d be embarrassing if he were to lose another 3 or 4 million to this plausible Italian character, only for Fulham to be left with a Paddy Kenny or a David Norris on our hands.”

The footballer central to the matter is philosophical about his newly-reduced status. “Business is business,” said Ross McCormack, 29.  “These deals get done, and I go where the wages are. I’ve already been given a Fulham FC badge to kiss and, while it feels a little strange, I can get used to it.  I can get used to anything if the price is right.”

Asked about his prospects at Craven Cottage, McCormack was bullish.  “I can achieve every bit as much here as I could at Leeds, possibly more.  At Leeds there was a statue of Billy Bremner outside the ground.  I was never going to get an honour like that, not there.  But here, the local hero is a player I’ve never heard of – so look out Michael Jackson, Rossco’s aiming to have his statue up there beside you before too long!”