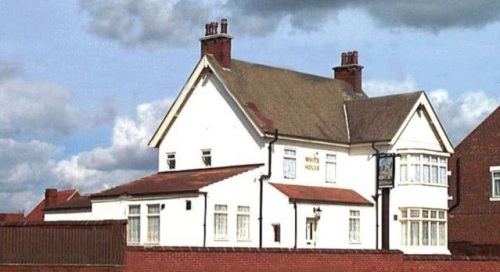 Well it’s my birthday tomorrow, so I shall grant myself – and you, gentle readers – a well-earned day off while I celebrate and try to come to terms with being 53.  Any of my faithful, loyal and wonderful readership who might fancy buying me a drink – please feel free to do so.  The least I deserve, after another year of trying to be positive about our beloved Leeds United omni-shambles, is a few blessed hours of alcohol-induced oblivion.  I have an account behind the bar at The White House (Sam Smiths) down the road – or there’s always the handy donations button. I promise not to over-indulge; if every reader had contributed but ten new pence in the life of the blog so far, I’d be able to afford a pint a day for life – which is my idea of sensible moderation.  Write drunk, edit sober – so Hemingway supposedly said.  Who am I to argue with a big literary beast like that?

But in the meantime, before this tipsy haze descends upon me, I should round up a few Leeds United items worthy of note or discussion.  One relatively new rumour is that our latest saviour, Big Mass, has his beady eye upon a promising winger currently plying his trade at newly-elevated Rotherham United. Kieran Agard is the name of the lad – and, apparently, he had a good enough season last time around as Rotherham ended up promoted via a thrilling Wembley play-off. You can well imagine the intellectually-gifted wags on the Kop nick-naming him Kierkegaard in an obvious allusion to the recent existentialist crisis of Leeds United in the face of an absurd football world.  But maybe that is to over-simplify things.  You can tell I need a break, can’t you?

Whether or not Agard would be the solution to our problems of wide supply, it’s as plain as the nose on Roger Federer’s face that something has to be done. Last season’s desperate measures-type solutions, Kebe and Stewart, turned out to be mind-numbingly disappointing. One of the best results of the close season so far is that Leeds have managed to wriggle out of what looked like a binding agreement to take Stewart on permanently. The former Hull winger sulked at this snub – naturally.  That’s what modern footballers do, of which more anon.  He’s even thinking of sallying forth to have his day in court, according to his legal advisers, but perhaps he’d be better just accepting the way things have turned out, than taking on Big Mass at litigation. He’ll inevitably score a worldy or two against us for Ipswich anyway, despite looking about as effective as a space capsule with an outdoor loo in the white shirt. That’s the way these things go.  Not that I am bitter.

So far, the transfer window business has surrounded the recruitment of a crazy Italian goalkeeper, Marco Silvestri from Serie A club Chievo, as well as midfielder Tomasso Bianchi from Sassuolo.  Both are likely to figure in tonight’s opening friendly against Italian part-timers Gherdeina.  Further recruitment is highly likely in the very near future with strikers and defenders prominent among those tipped to join.  It’s to be hoped that other winger options will also emerge; width and expansive wing-play was almost unheard of around LS11 last season, and we really don’t want that again.

Leaving the club, of course, was Ross McCormack – with the frankly ludicrous sum of £11m being bruited about – though, perhaps significantly, not by Fulham themselves. They stuck with a terse and somewhat sulky “undisclosed”.  This morning’s wild-side rumour is that Millwall FC want Matt Smith.  Well, for this blog’s money, they can want.  As I wrote yesterday, Matt Smith had a sensational first season at this level, out-shone only by McCormack’s one fantastic year – and it has to be likely that we have on our hands a real, rough, uncut diamond.  Smith could possibly turn out to be the Peter Crouch type – endlessly tall, but with a surprising amount of mobility and talent on the ground.  He’s one for the future who is doing it now; he should not be let go on the cheap.  Certainly Millwall can’t afford what he should be worth, in the context of the McCormack fee. Just saying.

Well, that’s it for my 53rd year.  I shall be back, hopefully nursing the Mother of all Hangovers, very early in my 54th.  Unless, of course, you stingy lot neglect my birthday – in which case I might do a Yaya Toure and have an epic hissy fit, with a sulky silence a strong possibility.

Only kidding.  It’s cathartic, this writing business – I don’t know what I’d do without my humble Life, Leeds United, the Universe & Everything platform, now that it’s fairly established.  Spend the time I should on my book, I suppose…

To those of you who have supported the blog in the past, and to those who will spare a quid to help me take a day off now, I say thank you and cheers. See you the other side of closing time – MOT.

This entry was posted in Football, Leeds United. Bookmark the permalink.