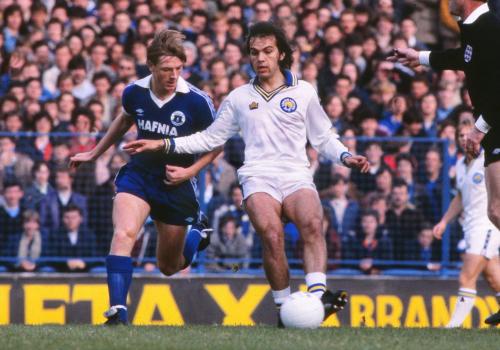 So we are to be spared a rerun of the 1974 World Cup Final, when a technically superior Holland contrived somehow to lose to those pesky, arrogant Deutschers. Instead, it will be a best of three decider as Argentina and Germany, tied after the tournaments of 1986 and 1990 at one head-to-head World Cup apiece, do battle in Brazil for the title of ultimate Champions 2014 style.

In truth, all that will be decided is who is the best of an indifferent bunch at this over-hyped, over-rated tournament. Germany booked their Final place on Tuesday, beating a Brazil side of whom their angry fans could with justification sing “It’s just like watching Barnsley”. The Germans had nowt to beat, as we say in God’s Own Country, but they will find Argentina a much tougher proposition. To Messi and his men falls the responsibility of preserving South American infallibility where tournaments held in the Americas are concerned. No European side has ever won the World Cup over there – can a good but by no means brilliant Germany really be the first?

The second semi-final saw Holland keep up their own 100% record of World Cup failure. Having confirmed his position of World’s Best Coach, in the eyes of the Man U-obsessed British press at least, by a quirky goal-keeping substitution against Costa Rica, Pride of Devon manager-elect van Gaal then brilliantly decided to stick with his number one No. 1 Cillessen for this shoot-out. Predictably, his confidence affected by that bizarre substitution, the poor lad didn’t get near most of the Argentinean penalties, as erstwhile super-sub Krul sat despondent and abandoned on the bench. So Holland are out, their Manchester-bound coach out-foxed by honorary Yorkshireman Alejandro Sabella, once of the Sheffield Blades and, more pertinently, the Whites of Leeds United.

Who, then, will emerge victorious now? Germany will be on a high after their candy-from-a-baby beating of the Worst Brazil Side Ever. But they’re not anywhere near as good as the hosts made them look – and, if Messi can put in just one truly Messi-esque performance, Europe will be left waiting for its first Americas Cup. That’s the prediction of Life, Leeds United, the Universe & Everything. Argentina to win, without the need for extra time or a penalty lottery – Germany to be left reflecting that you get nowt for being second, as the Greatest Club Captain of all once said. It’s going to be World Cup glory for ex-Leeds Man Sabella – and with an enviable pedigree like that, will it really be a surprise?