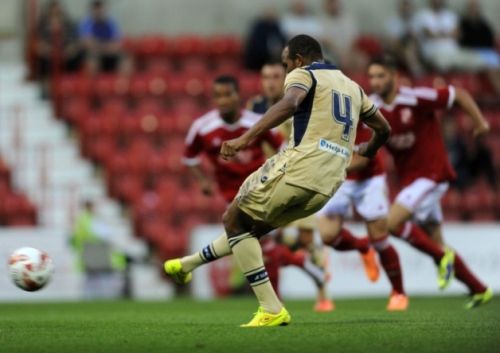 It was the worst night imaginable for the legion of Leeds United Twitterati, who look forward with such glee to every defeat, lip-smackingly relish every setback and dream feverishly of humiliation and disaster – all for the chance these calamities afford them to seek some attention in 140 illiterately-utilised characters. Yes, Leeds United have actually triumphed in a pre-season game, against good footballing opposition too – and with several new signings shaping up well. It’s a set of circumstances liable to give the gloom merchants a serious migraine; all they can do now is wait, and hope, for another defeat on which to lavish their negative attention.

For the real fans, of course, the 2-1 win at Swindon is a cause for renewed optimism. These long-suffering types who follow their team everywhere, providing peerless vocal support and exuding loyalty, commitment and passion, were rewarded for their devotion by a much better display from United. There appears to be reason to believe that, at last, things might be taking a turn for the better. The latest news is that Milan youngster Zan Benedicic will complete a loan deal shortly, while the up-and-down, on-and-off transfer of Federico Viviani of Roma appears once again to be a strong possibility for completion, mere days after United owner Massimo Cellino appeared to nix the deal.

All of which will leave the Leeds cadre of joyless pessimists on Twitter, and elsewhere in the ether, very glum indeed. What, no chance to criticise recruitment plans? No opportunity to indulge in witty manglings of the Head Coach’s name?? Where will these attention-deprived types be, if they can’t sally forth to seek approval from like-minded idiots with derisive references to Whackaday, Hockalot and other blindingly-witty puns worthy of the finest of playground humour? What’s a boy to do, when there is no gloom and doom material to facilitate the urgent quest for more and more attention? It’s a conundrum, alright. Trust Leeds to go and spoil the fun for their growing army of doom-mongers, just when this was promising to be the kind of season they could truly drool over.

Leeds being Leeds, of course, there may well be further opportunities to spread a little misery in the near future – so the negative tendency need not despair just yet. Still, what with a win in probably the toughest pre-season game yet, and the cranking-up of the intensity of player recruitment with new targets mooted every day – these are alarming times for the Dismal Daniels and Gloomy Grahams out there. And long may they remain so.

For the rest of us – the devoted and uncomplaining majority – it’s onwards and upwards towards the serious business of League football in a couple of weeks’ time. For the time being, at least, we will be able to follow our favourites in relative peace and quiet – but always aware that we’re only one bad result away from the next joyous chorus of pessimism and fatalistic self-indulgence from the Hock-haters and nay-sayers. Let’s just enjoy it while they’re quiet and leave them to the misery that a Leeds United win will always bring them.