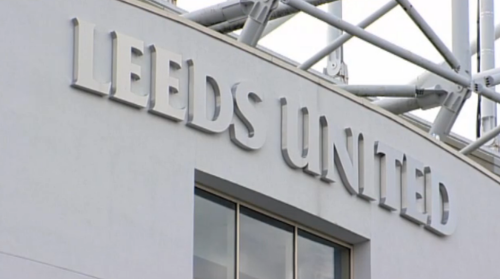 Elland Road: are the foundations crumbling?

It’s been just another cataclysmic day at Elland Road. In the wake of a battling draw against Birmingham City on Saturday, when the match officials put in a disgraceful performance that will no doubt have earned them plenty of brownie points at Football League HQ, Monday brought the League’s latest confirmation that the interests of its biggest member club are a long way down the list when there are vendettas to be pursued. Massimo Cellino’s ban under the largely discredited “fit and proper test”, prompted by a legal process that has some way yet to run under Italian law, has been upheld – meaning that the King of Corn must step away from his involvement with Leeds United until April, at which point the conviction, though not finally ratified in Italian courts, will be deemed “spent” under English law. Leeds as an entity are considering their options; meanwhile the individuals concerned have had plenty to say, with alarm and confusion regrettably ensuing.

Sadly, too, there are signs that the strain is beginning to show behind the scenes at Elland Road. This is potentially calamitous, but really not all that surprising; embattled is hardly an adequate word to describe the position of the club throughout this torturous season. Great Britain in the early part of World War II could scarcely have been more isolated or heavily assailed from all directions than the hapless West Yorkshire pariahs of Leeds. It appears highly unlikely on this occasion that a convenient Eisenhower figure is going to appear over the horizon, perhaps backed up by the cavalry. If Leeds are to fight on, they will – as ever – fight alone.

Such a siege situation historically demands unity and solidarity within the ranks as well as clarity and leadership from the top. If you’re lacking those elements, you can rest assured that your walls will ultimately be breached and the barbarian hordes will inundate your enclave with gorily fatal results. At Leeds, the splits are beginning to show – and under the pressure of universal hatred and contempt, those splits, the cracks just now appearing in the very foundations of the club, are liable to widen as they threaten to topple the whole edifice. This is an outcome that Shaun Harvey and his crooked cronies at the Football League must devoutly have wished for – but scarcely dared to hope might happen.

The alarming thing about any football club in this type of situation is the marginal advantage it affords all of its rivals. In professional football, as in any top level sport, those margins separating success from disaster are always fine. Games are won and lost, seasons succeed or fail, clubs stand or fall, not by gulfs of clear blue water, but by details of fine tuning. For Leeds, against whom it is an article of faith for rival clubs to raise their game – and engaged as they are in the dog eat dog frenzy at the foot of the table – the writing is now very clearly on the wall. The situation prior to the latest Black Monday was serious enough. Now, things have taken on a still more sombre and frightening aspect.

The reactions from within the club to the League’s latest knife in the back have been confusing, dissonant, unhelpful. At a time when a United front is absolutely crucial, Leeds seems to be an organisation divided within and against itself. The signals from the top – from Cellino himself –  have been of apathy, despair, defiance and then, disastrously, of a most bizarre attempt at self-aggrandisement, all in swift and bewildering succession. First we heard that the Italian was unsure as to whether he would take the reins up again at the end of this present ban. Then it was, well, someone else will sign the cheques; nothing has changed. This was swiftly followed by a rabble-rousing “I’ll be back” in the best Arnie tradition, as he seemed set fair to terminate the League in all its Machiavellian plotting. But at the last, as Monday ebbed away into Tuesday match-day, we had Leeds United owner Massimo Cellino blurting that three players – named as Bianchi, Sloth and Doukara – wish to leave the club in the event of Cellino’s appeal being rejected.

Just how this might be imagined to help the situation is nigh-on impossible to explain – so I won’t even try, as it’s honestly beyond me. But I could provide a list as long as your arm of ways in which such a pronouncement is shatteringly unhelpful. Firstly, we must assume that none of the trio identified as wantaways can be involved in the match-day squad for the visit of league leaders Bournemouth. How can they be? They’ve been publicly outed as the first of the rats clamouring to dive off the sinking ship. Their relationship with team-mates, management and fans must surely be so compromised that they will be of no use in any game, let alone one so difficult. It’s back to that fine-tuning mentioned earlier. In the run up to kick-off in a professional football match, everything has to be exactly right. There is certainly no place for the kind of stun grenade that Cellino has carelessly lobbed into the middle of sensitive preparations for a battle with the usual, highly-motivated opposition.

Even if it’s all just hype and brinkmanship, and the players concerned have no intention of seeking to absent themselves from a struggling, failing club – the damage may well have been done. Even if there are no schisms within the squad, even if Redders does not feel that he’s been dealt an exceptionally cruel hand by his maverick owner – what are the poor, bewildered fans to make of it all? Just what will the atmosphere be like at Elland Road, a ground that should be a cauldron of white-hot support to test the nerve of any opposition? How much good will it do Leeds United if that normally vociferous support are stunned and demoralised, reeling from the news that a good proportion of the squad want out? In the event, Casper Sloth seems to have come out and denied that he’s anything other than totally committed to the Leeds United cause, asserting his own commitment to fight for the shirt and produce better than we have so far seen from him. But, welcome though that might be of itself, doesn’t it merely emphasise the utter failure of Leeds United’s personnel to be seen to be singing from the same hymn sheet? The damage has most likely been done – just how much of a disunited United side will take the field against the table toppers, who are seeking to avenge an unlikely early-season defeat on their own patch?

We keep on saying this – but it’s difficult to think of a worse day in the club’s history, and that is not primarily down to the corrupt and foolish League’s latest travesty; it is more down to the appearance of turmoil and chaos within what should be the Leeds United “circle of trust”. You might argue for the post points deduction era as being comparable in terms of crisis, but that whole minus 15 thing was demonstrably a unifying factor in Dennis Wise’s cobbled-together League One squad. Now, at a time when, more than ever, they need to be able to rely on each other, that priceless quality of unity seems to have been recklessly, thoughtlessly tossed away as intemperate mouths have spoken without caution or reason, with no regard to team spirit or the need to be together and fight a common foe. It might now be down to the fans to somehow overcome their own doubts and trepidation, to get behind the team and inspire them as few if any bands of supporters anywhere are better able to do. But what sort of shape is that support in right now? Not very happy, not very united and not very impressed with the man who had appeared as a saviour – that, surely, is the absolute least of it.

It would be just like Leeds United to bounce back after all, in the course of what must be a Tuesday of healing and rapprochement. It’s happened before, hasn’t it, and not so long ago at that. In the wake of last season’s lowest ebb, with the summary dismissal of McDermott by an owner not yet in situ and Sky TV’s urgent efforts to persuade our star striker he should be demanding a transfer, the team responded and, after a nervous start, utterly destroyed Huddersfield Town 5-1 with that striker – I forget his name – notching a hat-trick. It’s not impossible that a similar scenario could unfold with Bournemouth in opposition (and probably feeling that crisis-torn Leeds are there for the taking). Morison to score three, anyone? It’s not impossible – it’s merely bloody unlikely.

Whatever the outcome of the match on Tuesday evening, Leeds have to get it right in the hours and days immediately afterwards. They have to put a stop to all of these mixed messages – and certainly there should be an immediate halt to any tactic of broadcasting the message of “the players love me so much, they don’t want to stay without me”. Wiser counsel must prevail and, with that in mind, it is to be hoped we hear a bit less of certain highly vocal and emotional parties – and a lot more of the new Chief Operating Officer, Matt Child. His was the sole voice of reason and sanity on Monday; amid all of the confusion swirling around him, he spoke quite well. He might just offer some sort of navigable route out of the morass in which we currently flounder.

The one thing we cannot hope for is any sympathy from outside of the club, its support and a very few gentlemen of the press who have demonstrated in the past their unwillingness to follow the herd on its Leeds-hating stampede towards the common gutter. So, we are just going to have to make the best of things, as usual, strive to support the team against the south-coast high-flyers on Tuesday evening – and simply hope against hope (and against all realistic probability) for better times ahead. Surely, even this remorselessly grim season must yet have some positive moments in store for us?