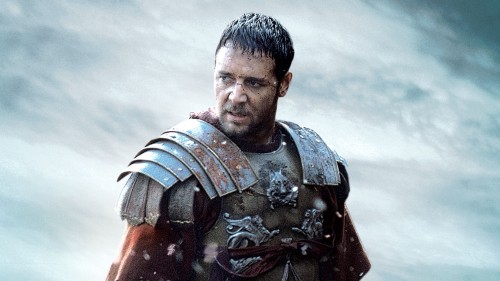 The Football League‘s clandestine “Stop Leeds United Getting Serious Investment” Task Force was swinging into action yet again yesterday amid some alarm at FLHQ that Hollywood A-lister Russell Crowe might possibly be contemplating getting financially involved in the club he has long supported. A League spokesman confirmed “Our special anti Leeds United people are looking into this. And there will doubtless be something we can – ahem – stone the Crowe with, never fear! (chortle)”

As a first step, the League have consulted the Forbes “Rich List” and it is understood that they were perturbed by what was revealed about the actor’s heavy-duty financial clout. A senior figure in the FL structure –  who refused to be named, but admitted that his initials were Shaun Harvey – also expressed “concern” that Crowe is already involved in part-ownership with a highly successful Australian Rugby League club, showing no signs of leading them into administration. The League are understood to be taking the threat of good news for Leeds extremely seriously.

Russell Crowe is playing his cards close to his chest – having previously asked his near 1.7 million Twitter followers if purchasing a stake in Leeds would be “a good idea”, he now says he is “impatient” to see Leeds achieving success. He has also been in tweeting dialogue with a Leeds fan group, discussing ways and means. The League position on consultation with fans is unequivocally clear. “We don’t like it,” stated our incognito contact, “Once you start involving riff-raff like fans, you’re on the slippery slope to some sort of new-age, new-fangled, hippy, pinko liberal “democracy” thing. We really don’t go for that at all. Give us a good old-fashioned familiar, honest, fit and proper rapist or money-launderer – they’re the sort of people that we really can do business with. You know where you are with them.”

United’s currently suspended owner Massimo Cellino, meanwhile, has confirmed that he does not intend “immediately” to return as Leeds President when his disqualification lapses. Instead, he will pursue remedial avenues of his own, as an individual, with no formal connection to Leeds United AFC. “Is better this way,” the Italian insisted. “Now, when horse’s head found in bed with a one-a these guys scare half to death, like-a that brutto figlio di puttana bastardo, Signor Shaun, no need to worry about sanction for club. I will take care of business in my own special way, my friend.”

Russell Crowe himself had nothing specific to say about any potential League investigation, but confirmed through a spokesman that he would give the signal to “unleash hell”, should circumstances indicate that such a course of action is necessary. The veteran actor dropped a further hint as to his likely attitude, cryptically proclaiming: “My name is Maximus Decimus Meridius, Commander of the Armies of the North, General of the Felix Legions, loyal servant to the true emperor, Marcus Aurelius. Father to a murdered son, husband to a murdered wife. And I will have my vengeance, in this life or the next. We are Leeds.”

The officials of the Board of the Football League, both individually and collectively, are understood to be “cacking themselves” after seeing the Cellino and Crowe quotes. A senior figure has sent out for clean underwear three times today alone, and evidence has been shown to us of a bulk order of “Nicky” quilted toilet roll as well as some Far-Eastern “herbal relaxation infusions”. It appears that the investigation into Mr. Crowe will proceed – but preparations are also well advanced for a sudden retreat, if and when necessary. “If hell is unleashed, we shall all be leaving the country the same day,” our source confirmed, pale of face and wringing palsied hands. “This really is becoming a bit too dodgy, even for seasoned duckers and divers such as us. Whether we’re dealing with Crowe or Cellino, or even waking one fine morning with some severed item of equine anatomy, it’s a distinctly worrying picture. A mad Italian and an erstwhile Hollywood hell-unleasher. Jesus. Those are two seriously intimidating mothers, though – aren’t they?? Criminy.”