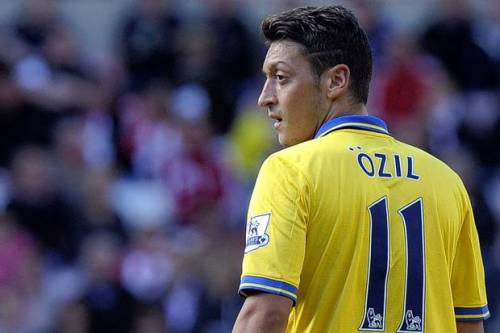 In 1995, Leeds United were ‘The Team That Broke the Hearts in Monte Carlo’, courtesy of an unanswered hat-trick from the mighty Anthony Yeboah, striker extraordinaire. United cruised to a 3-0 win at the Stade Louis II, home of AS Monaco – and nothing like that has happened to the Ligue 1 giants again in the almost two decades since. But on Tuesday evening, a massively dominant Arsenal side came so agonisingly close to emulating Wilko’s Warriors and creating history for their club with the biggest Champions League comeback since Leeds themselves recovered from 3-0 down to VfB Stuttgart.

Back in those carefree, pre-meltdown days, Leeds United – three years or so after becoming The Last Champions – still had comfortably enough shots in their locker to give most teams a pretty tough time. A Yeboah-inspired blistering start to that season provided no hint of a clue as to the disappointment that lay ahead, with a pallid Wembley League Cup Final surrender to Aston Villa – where the seeds of Sergeant Wilko’s demise were sown. But in this early season purple patch, United were laying about them to devastating effect, with Masterblaster Yeboah scoring goal after rocket goal. Tony scored more goals of the season in that two or three months than most strikers could dream of in a career.

The assortment against the hapless Monégasques included his usual worldy, sandwiched between two more mortal efforts. That second goal was so typically Tony, instant control in the inside right channel, a sinuous turn past his marker as he progressed to the edge of the area, and a wonderful, curling finish at pace into the far top rigging. Sublime. Things looked really good for Leeds – and just around the corner lay the transfer coup of the year as world superstar Tomas Brolin signed for the Whites from Italian club Parma. Oh dear, oh dear, oh dear.

Arsenal’s challenge on Tuesday night was precisely the emulation of that Leeds feat all but twenty years ago. The Gooners had to score three, or they were out of the Champions League – it was as simple as that. In the end, they fell just short – fatally damaged by a clueless performance in defeat at The Emirates – but they could take a lot of pride and encouragement from an utterly dominant return display that, in truth, should have seen the Pride of North London progress, against long, long odds. Little was lacking in a performance better even than the one that ejected Man U from the FA Cup days prior to this Riviera trip. Perhaps the weakest link on the night was Mesut Özil, as quite frankly he has been too often this season. A tendency towards misplacing final balls and running into instead of past defenders in one-on-one situations, may well have been the difference between narrow failure and spectacular success. Perhaps Özil can fill his boots in what remains of the Arse’s bid to retain the FA Cup. On this evidence, he owes his club and fans that much at least.

The comparison between two European matches, twenty years apart, featuring my beloved Leeds and my much-admired Arsenal, reminds me that one of the young subs for Monaco that night in 1995 was a pre-Juventus youth by the name of Thierry Henry. He went on to do reasonably well for the Gooners and indeed played his part in the Premier League demise of Leeds by blasting several goals past us at Highbury in the early noughties. Henry’s loyalties were probably with Arsenal the other night in Monaco, as were the loyalties of this Leeds United fan, despite my love for and fond memories of the principality of Monaco.

In the end, though, all of us who were hoping against hope for a Gunners recovery from that pallid home leg defeat, ended up disappointed – and yet thrilled by what had been a fantastic game with a real edge-of-the-seat climax to it. And – cold comfort though this would be to dedicated Arsenal fans – it was a match that revived memories of a golden night long ago when the Whites invaded France and prevailed through the sublime performance of a Ghanaian genius.

It’s always futile to wish for the impossible – and anyway, while he lasted in England, he was ours – but how Arsenal could have done with Tony Yeboah, as he was in his prime, on Tuesday night.