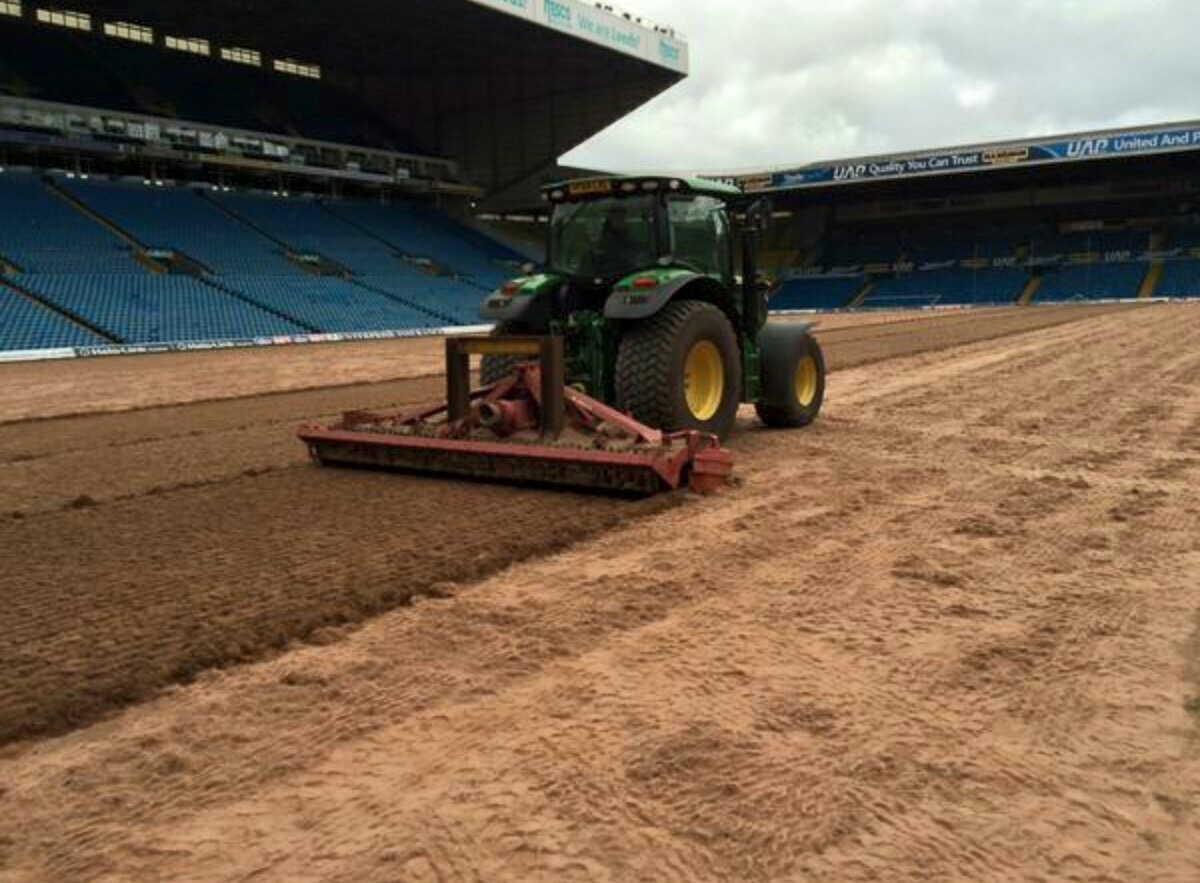 There was yet another bizarre turn of events at Elland Road yesterday, as “one chip short of a butty” owner Massimo Cellino confirmed that he is on the verge of replacing the Leeds United head groundsman. In a prepared tantrum, Mr. Cellino gave a bravura five minute rant to assembled pressmen, criticising the way the stadium was being managed.

The groundsman in question was maintaining a dignified silence yesterday, but stands accused of:

It is rumoured that Cellino has a new groundsman lined up, late of a legendary but unnamed Serie C club and a man with a formidable range of experience in the continental style of digging up a pitch.

Further developments are expected next week, or at the next full moon, whichever is the sooner.