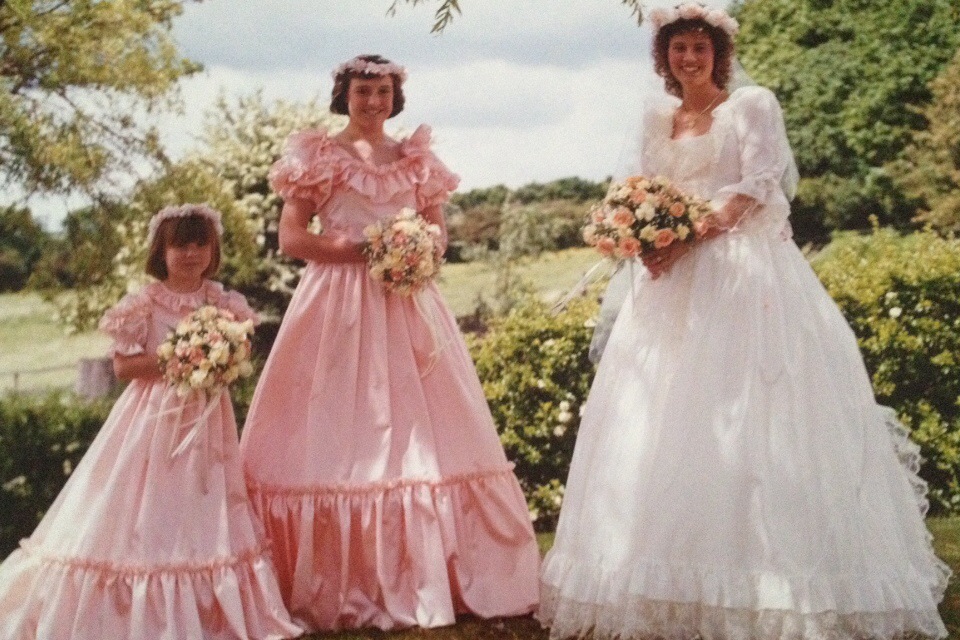 Bear with me this once, gentle reader, as I thank my partner in life for twenty-five years of wedded more-or-less bliss – and for the patient tolerance with which she’s borne her status as a Leeds United widow all this time. It’s self-indulgent – but this blog feels the need to pay tribute.

You know you’re fortunate in the ladies that adorn your life, when they share in the joy and sorrow that visit you from time to time as a result of your preoccupation with what is a daft game in general – and one daft club in particular. So it is for me, and that’s why I’m so grateful to have the wife and daughter I have, lasses who will celebrate and commiserate with me as appropriate when really they’re both far more interested in The Great British Bake-Off.

This happy fact is illustrated by a few incidents over the years. When Man City won the Title a couple of seasons back, I was rescued from utter misery as it had looked as though the Pride of Devon were going to nick it in a typically undeserving fashion. So my daughter Kate (not pictured above, for obvious reasons) hurtled downstairs to celebrate with me when that last-gasp Aguero goal went in, knowing exactly how I felt, ready to rejoice in the tragedy that had befallen the scum. My ladies know that the love of Leeds United is closely enmeshed with an absolute hatred of everything concerned with the Theatre of Hollow Myths, and they are prepared to join with me in this, despite a female inability to understand or completely relate to it.

So also, twenty-two years ago, Mrs Rob was “over the moon” for me, as we football types say, when the Real United became the Last Champions. She came out with me to celebrate, dragging through to Leeds City Centre with me on a Sunday morning in those pre-car days when we had to hop a train to get anywhere. She shared the celebration of City Square and the Headrow as the team waved the Championship trophy at us and Eric Cantona told us deceitfully how he loved us.

It was so fitting that she should be there for that moment of achievement, despite her preference for matters less frivolous than football. She’d been the first woman I’d ever taken to Elland Road who hadn’t jinxed the occasion. After a series of relationship-ending defeats in the company of lesser ladies, I took my newish fiancée along for her Leeds debut with some trepidation. What if she let me down as so many others had? I’d shelled out for a ring and everything, after all. But, where several others had failed before her, the future Mrs Rob came through faultlessly. We beat Sheffield United 5-0 and John Pearson even scored a hat-trick. I knew then that she was confirmed beyond doubt as The One.

Much later, on holiday in the South of France, with a seven year old child in tow, Mrs Rob positively insisted that I should abandon them both on their camp-site to take a train to Barcelona and see us hammered 4-0 in the opening match of the Champions League proper, the year we went all the way to the semis. I ended up in 5 star luxury before and after the match, whilst she held the fort – well, the tent. I thought then, that was above and beyond the call of duty.

It was twenty-five years ago today that we tied the knot at St Peters church in Horbury on one of those “four seasons” days when we had a bit of everything weather-wise, but when the sun obediently appeared when the photographer demanded it. Some gave us linen, some gave us crockery, some gave us the traditional kitchen appliances. And some gave us six months. But here we are, a quarter of a century on, ready for another twenty-five years or so of life’s and football’s battles, tragedies and triumphs. Who knows what the future will bring?

That first year of marriage brought a house-move, a change of jobs for us both – and promotion to the top flight for Leeds United. That last thing would do for me this time around, the other two being fortunately off the agenda.

Happy Anniversary, love – and thanks for everything.