Who’ll Be the Next League One Club to Overtake Leeds United?   –   by Rob Atkinson 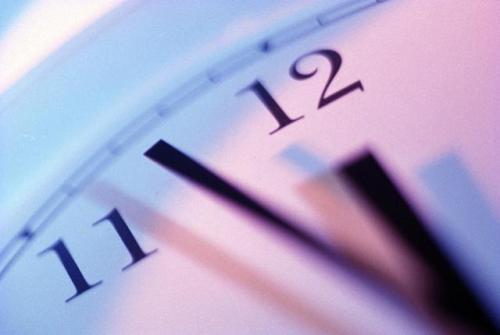 Time’s running out for Leeds United

Leeds United are now in danger of becoming a perennial Championship club: just a bit too well-resourced and well-supported to repeat the disaster of relegation to League One – or so we all hope and trust – but nowhere near good or competently-run enough to make the life-saving jump into the Premier League. And believe me, the clock is ticking on that jump. It’s an elevation that will become more and more of a formidable mountain to climb over the next few seasons.

The problem is, among many other Leeds United problems, that the reward for Premier League failure is about to go through the roof. Soon, clubs relegated from the élite top flight will be able to bank ‘parachute payments’ of around £100m pounds, allowing them a clear head start on their unsubsidised second tier competitors.

The clear implication of this is that we may shortly have what amounts to a closed shop, consisting of the usual permanent Premier League members, plus a small pool of hinterland dwellers, bobbing up and down between the top two divisions. The so-call Financial Fair Play rules will make it difficult for even wealthily-owned Championship clubs of long standing to break into this yo-yo fringe group, never mind the band of true aristocrats.

For the likes of Leeds United, and even Nottingham Forest, Sheffield Wednesday and a few other genuinely sizable members of the new underclass, this could represent the start of a living death of perpetual mediocrity.

So it follows that Leeds really must get its act together, and get up there in time to be the beneficiaries of parachute payments, as opposed to being marginalised by their galvanising effect on others. Sadly, there is no real sign that our heroes are remotely well-equipped enough to move on up anytime soon. It seems more likely at this stage that we will be overtaken by lesser clubs, who will happily make hay while the sun shines everywhere except, it seems, over LS11. This is not an unnecessarily gloomy or unrealistic prediction. It’s already happened too many times.

Look at the Premier League membership right now. It makes for worrying study. You will find five of our former League One opponents there, mostly well-established top flight members now, while we remain as strugglers one step above our historical low point. Behold the success stories of clubs Leeds United should leave gasping in their wake. Swansea City, promoted from League One in our first season at that level, have added a League Cup to their mantelpiece and have generally done well. Southampton, European qualifiers now after emerging from the third tier a year after we did, and looking to consolidate and hammer on that Champions League door. Even new arrivals Bournemouth are looking reasonably well able to hold their own among the giants, as are Norwich City. And look at Leicester City, promoted from League One in our second season at that level. As I write, they are sitting proudly at the summit of English football, Premier League leaders, for the moment at least, and looking thoroughly at home in such exalted company.

Leeds could and should have done better than any of these clubs, each of them recent denizens of League One. All of them are far smaller than the Whites, but have benefited from positive commercial and football strategies, not shying away from the speculative investment it takes to accumulate league points. They are well run for the most part and demonstrably scornful of any perceived glass ceiling. What they have accomplished should have been far easier for a club the size of Leeds. But our five years in the Championship have been a story of abject failure and serial incompetence, all underpinned by a total lack of vision and ambition. It’s no wonder we’ve been left trailing by the likes of Southampton and Leicester, and it would sadly be no surprise to see other clubs of similar size, currently below us in the pecking order, overhauling and leaving us behind in the near future.

So, which clubs currently languishing in the murk of League One might yet beat us to the sunny lower slopes of the Premier League? Two obvious candidates are Coventry City and Sheffield United, both doing reasonably well in the league below us, both tolerably well-run now after hard times – and both the kind of club that would, you suspect, see promotion to the Championship as a signal to kick on, invest, and make the most of their upward momentum. Which is just exactly what Leeds United threatened briefly to do in that momentous first season back at second tier level, before the fire sales started and the club began to lose its heart if not quite yet its soul.

For too long, Leeds United has appeared more complacent than hungrily ambitious; more disposed to “manage” its supporters’ expectations, rather than seek to fulfill them. With clubs all around us – smaller but more beadily focused clubs – avid for success, recognition and, yes, those Premier League millions too, Leeds simply can’t afford to tread water for much longer. The Premier League is a top table positively groaning under the weight of good things, even for those forced to leave the party early. With the increasing likelihood that victims of relegation will be fortified by that generous parachute for resurrection almost immediately, it’s only going to get harder and harder for the less-privileged to gatecrash the feast.  The likes of Sheffield United and Coventry will be well aware of this, as will more immediate dangers like Forest and Wednesday at our own current level. Leeds United just seems to be drifting along, more concerned with internal crises than the need to better themselves, waiting perhaps for some divine right to assert itself and convey the club back to the Promised Land.

Well, it ain’t gonna happen, guys – as any long-suffering and knowledgeable supporter would be well able to confirm. They say the spectator sees most of the game, and it’s the Leeds United fans, as opposed to those entrusted with the running of the club, who appear most acutely worried about exactly how and when we are going to find ourselves back where we assuredly belong – and able to capitalise on the undoubted potential of the club in a much more financially conducive environment. For a true giant like Leeds – by far and away the biggest club below the Premier League (and bigger than most inside it) – the opportunity is there for the taking to re-establish itself as one of the big, swaggering kids on the block.

It will take bravery, audacity, sufficient investment, nerve and some cool heads to achieve this – all currently noticeable by their absence around Elland Road. But if we don’t sort ourselves out soon – and start making some serious steps forward – we may yet get trampled in the rush by our smaller, meaner rivals – each of whom provides in effect a blueprint for the approach we should have been taking all along.

Tick tock, Leeds United. Get your act together. Time is running short.

12 responses to “Who’ll Be the Next League One Club to Overtake Leeds United?   –   by Rob Atkinson”