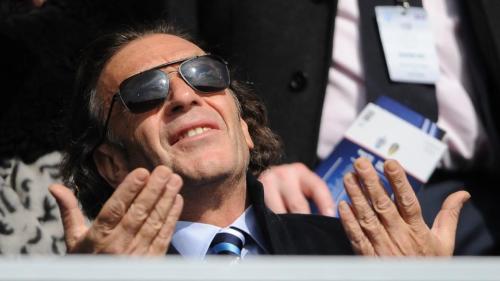 As Leeds United, this famous old, formerly successful, football club continues its laboured progress through one of the bleakest periods of its long and illustrious history, owner Massimo Cellino is jubilant today over a notable victory of historic proportions.

Forget promotion, forget League titles and cup final triumphs. Forget rampaging through Europe as the best team around. Cellino has redefined the word “victory” for United and its long-suffering fans. For he has just taken on a small group of those fans and has emerged a big, big winner. Leeds United, under Cellino’s courageous leadership, has accomplished the unprecedented feat of forcing the removal of a poster from a lamppost. These days, for Leeds, it really doesn’t get any bigger or better than that.

Of course, some disaffected malcontents will carp and criticise. Cellino should have ignored the poster, they will say. He should have kept his own counsel and denied the oxygen of publicity to a rabble of ungrateful fans who are  unreasonably demanding that United should be a proper football club again. Cellino, in taking this brave action, has merely drawn attentions to the grievances of a small group of activists, probably no more than 30,000 or so. This is what critics might claim.

But Cellino knows that he has secured a famous victory, and that his literally dozens of faithful acolytes will be thrilled at his success. “They shunt of bothered with that poster”, a pro-Cellino spokesman exulted yesterday. “Its defiantly been a wrong move from people what don’t have a clue how much Massimo has done for Leeds pacifically and football in general”.

The leaders of the Cellino Out campaign were unrepentant, however. “There are other campaigns being planned”, this blog was assured. “Just listen for the voice of the fans and watch for a blizzard of leaflets when we play Middlesbrough on Sky next Monday…”

Readers are cordially invited to submit their own opinion as to who, if anyone, has emerged victorious from The Battle of the Lamppost.