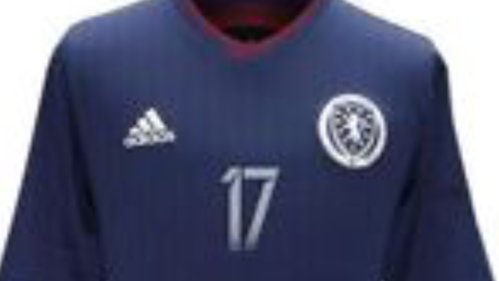 Two things we know well about one past and one present Elland Road personality: firstly that erstwhile Leeds United hero and current Scotland coach Gordon Strachan has a dry sense of humour that spares few, especially those who stick unqualified noses into professional football matters. And secondly, that current owner and self-styled captain of the United ship Massimo Cellino is a mess of superstitions and old wives’ tales, allowing his personal and business life to be dictated by a random mix of crazy fears and whimsical beliefs.

It’s difficult not to have a wry smile, then, at the player number allocated for the first Scotland squad featuring Leeds defender Liam Cooper. Coops was handed the 17 shirt, a number that has Cellino climbing the walls to end up in the belfry with like-minded bats. That figure 17 is anathema to il Duce, along with the colour purple and various other perceived supernatural threats. It would be so in character for Strachan, that ultimate professional and put-down merchant, to use the chance to stick a metaphorical needle into Cellino’s quivering hide.

Cellino is not the first superstitious character in Leeds United‘s history of course – though it goes without saying that he bears no comparison with gypsy curse-fearing and lucky blue suit-clad United legend Don Revie. But Don’s beliefs were of a gentler sort; he didn’t press them into the very fabric of the club, inviting derision from within and without. Cellino’s Leeds published a matchday programme for the visit of 17th home league opponent Notts Forest – it was numbered 16b. Beside that, Don’s worn-out blue suit, and his regular pre-match walk down to the corner near the team hotel, seem positively lovable.

Gordon Strachan occupies his own special,  permanent niche in Leeds history. He’s moved on, as heroes do, but I have good reason to believe he retains a love of the club. I met him briefly at a function at Headingley in 1995, and he was quite clear then that he could see a return to Elland Road as United manager one day. It’s not something you can envision happening, however, under Cellino’s loco stewardship.

The thing is, despite the schism that Cellino has caused in the ranks of Leeds fans – some obstinately supporting the Italian in the face of opposition from the majority – there is hardly a good word to be heard for the current United owner among professional football people. People who really know their stuff, such as John Giles, have attacked Cellino’s regime bitterly. The more deluded fans in the street aside, il Presidente doesn’t enjoy much informed support – unsurprisingly, given his track record.

It’s unlikely that Liam Cooper will have raised as much as a peep of protest at his dark blue No. 17 shirt. Rookie international players know which side their bread is buttered, and the Scotland dressing room will be well aware of the Boss’s waspish tongue. Once, when asked in the tunnel in the wake of a heavy defeat, “In what areas were your players inferior to the opposition?”, Strachan looked the TV man straight in the eye and replied “Mainly that big green one out there”. Wee Gordon yields to no man in the bandying of words, there’s a book to be filled with his famous and devastating put-downs.

All of this leads me to believe that the issuing of that number 17 to Liam Cooper was no coincidence; that Strachan, with the pro’s resentment of the mess Cellino is making of a great club he loves, has casually aimed a barbed arrow in the Italian’s direction.

I do hope it’s true, and I hope that barb has hit home to fester. The more the game can show its rejection of chancers like Cellino, the better we will all be – including the flat-earth tendency obstinately talking him up.

Good on you, Gordon, let’s have more. It’s believed, however, that rumours the Scotland shirt is to change its colour to purple… are wide of the mark.