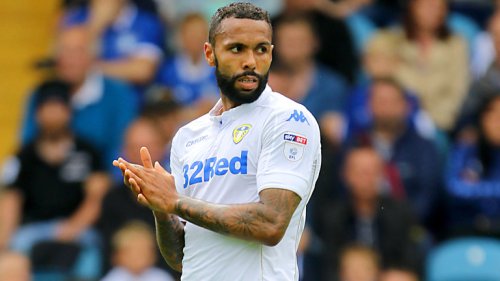 Cometh the hour, cometh the Kyle

All’s well that ends well, as some Stratford bloke once said – and the throaty roar of joy mixed with heartfelt relief that lifted the roof off Elland Road in the 90th minute on Saturday was ample proof of the Bard’s ageless wisdom. Kyle Bartley‘s late, late header secured a hard-fought victory over troublesome Brentford that had looked for so long like being a frustrating stalemate, and the atmosphere at the end was worthy of far greater triumphs.

It was a victory wrought out of adversity, though – the cracks are beginning to show in a threadbare squad and the few precious days between now and a Boxing Day date at Preston are welcome indeed. Apart from Bartley’s golden last-gasp winner, one of the better bits of news after the Brentford game was that Chris Wood, much-maligned in various quarters but much-missed against the Bees, has a chance of being involved at Deepdale. The fact is, whatever his detractors might say, Wood is vital to this Leeds United team. Without him, the attack lacks something important. Wood is able to hold the ball up, securing a beachhead for any attack to be reinforced by runners from midfield. His unselfish work appears to pass a section of the support by; the welcome fact that he’s received less criticism this year is probably down to his admirable goal return. But Wood is more than just a goalscorer and, without him, Leeds offered much less in the attacking third and looked more laboured all over the park.

Manager Garry Monk looked as much relaxed as relieved after the match, and he has the air of a man whose plans are in place and who knows they will probably be carried through. The wind of change has been blowing around Elland Road for a while now, and January may well be a very exciting and productive time for the club. One priority publicly acknowledged is the acquisition of another striker – in placing so much reliance on Wood, United simply have too many eggs in one basket. Despite the efforts of Souleymane Doukara lately, and partly due to the relative ineffectiveness of Marcus Antonsson, Leeds are light up front. This will have to be addressed if the promotion challenge is to be maintained and Monk has been quite explicit in confirming his intentions.

For now, though, as the manager says, it’s about fighting for each batch of three points and doing what we can. Ahead of the Liverpool EFL Cup tie, I said I’d be happy with an honourable exit from that competition, plus between 6 and 7 points from the following three tricky-looking fixtures against Villa, Brighton and Reading. Well, we went out with richly-deserved accolades and got six out of nine points, topped up nicely by the three from Brentford, so this is a happy blog. If we can secure four points from away matches at Preston and Villa, then that happiness will grow into something more like ecstasy. And then, lo and behold, it’ll be January and – hopefully – game on.