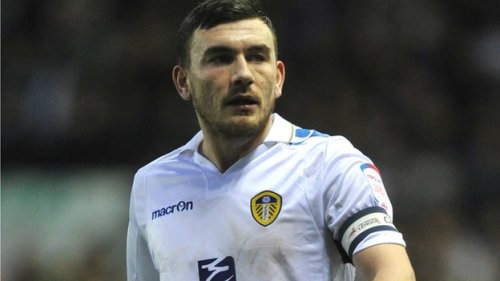 Come back, Rob. You know it makes sense.

Every now and then a new story emerges from that part of the rumour mill labelled boldly “Too Good to be True”. Some you can dismiss out of hand as slightly less likely than Elvis appearing at the Batley Frontier Club. Diego Maradona to Division Two Leeds in the 80s would be an example of this. Others – well, you can’t help wondering. Sometimes, circumstances out of the ordinary can lend credence to whispers you normally wouldn’t even dare whisper.

The circumstances right now are out of the ordinary for Leeds United. Change is afoot, right at the top of the club and, not exactly coincidentally, things are going well on the field too. With new ownership a distinct probability, any incoming regime will be looking to stamp their mark on a slowly awakening giant of a club. The approved method is to make signings that materially improve first team options and, at the same time, send out an unmistakable message that these guys mean business. They’re called “statement signings” and they say, hey – look who we’ve got on board. This club is going places. Does the name Gordon Strachan ring a bell?

The news is that Rob Snodgrass, formerly of this parish but latterly plying his trade in the colours of a fishing village on the Humber, has turned down a new contract with his current club. This has been enough to set eyebrows twitching and tongues wagging around LS11 as well as further afield. What a signing he would be, if he could be persuaded to give Elland Road another try. And what a bold statement by the club’s new powers that be. As rumours go, this one is just so sexy you want to buy it dinner and then take it home to have your wicked way with it. Unlike some rumours, you might even find you still respect it in the morning.

Could it happen? Well, almost anything could happen in the wake of our beloved Whites being freed from ownership that has ranked highly on the lunacy scale. If new chiefs wanted to come in and say to the United support: “Here you are. It’ll all be OK now” – then this would be one way of doing it. Manager Garry Monk would probably be quite pleased as well, adding an experienced head to his young group.

This blog feels that some sort of transfer coup next month is more likely than not. A statement of intent needs to be made and a statement signing is an excellent way of making it. Snodgrass alone would not address all of the issues facing Monk and his squad – a backup striker is needed, for a start, and other areas call for attention. But Snodgrass, who embellished Leeds before, could do so again – he could be the X-Factor in a genuine promotion push as well as putting bright lights around a new owner’s name.

If Leeds United are to have a fresh start in 2017, then the recapture of Rob Snodgrass would be the ideal way to get it off the ground.