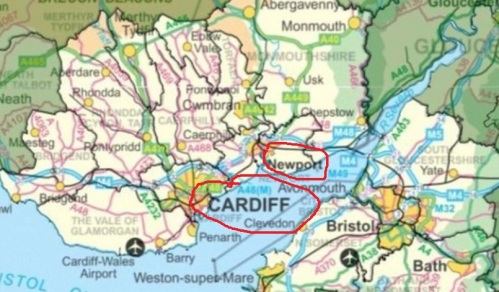 An early lead in the FA Cup Third Round for Leeds United in an away tie in South Wales, live on TV. A sending off for our talismanic blond striker, then a late winner for opponents many places below us in the league ladder. A classic Cup shock, to the delight of the media and the nation as a whole. Yes – that was the fate of Leeds United 16 years and one day ago at Cardiff City. And today at Newport County, the same grisly circumstances played themselves out all over again as history eerily repeated itself to leave United stunned and “free to concentrate on the League”. For Alan Smith, read Samu Saíz. For Ninian Park, read Rodney Parade. The joyous celebrations in the media and around the nation remain identical.

On that previous occasion, United’s League position could not have been better – top of the Premier League pile with the Title in their sights. Today, the situation is of comparative poverty, with Leeds in and around the Championship play-off places after an inconsistent first half of the League campaign. Exiting the FA Cup is no tragedy, it’s happened once a year for the past 46 seasons. What we must hope is that the League slump, which followed United’s virtually identical Cup defeat 16 years ago, is not now replicated by Thomas Christiansen‘s troops. In that regard, it will clearly be seen that the sending-off of late and needless sub Saíz is far more potentially damaging to Leeds than an almost predictable Cup cock-up.

The really worrying thing was that, yet again, so many of the fringe players were found wanting when asked to step up and take their chances. We all know there’s a certain pressure that goes with the territory of playing for a club like Leeds, where expectations are always higher than attainments and the weight of history can be a heavy burden on young shoulders. But this fact has to inform player recruitment; it has to be a factor when targets are identified. Quality is essential, and will become ever more so as and when Leeds move upwards. But character and guts, with the ability to handle the goldfish-bowl environment and the glare of publicity – these are vital too, and it would seem that, in too many current squad members, those characteristics – epitomised today by lone warrior and scorer Gaetano Berardi – are sadly lacking.

Despite the uncanny similarity of the two South Wales FA Cup exits, 16 years apart, there’s no hiding the fact that the squad defeated at Cardiff was light years ahead of the current bunch in skill, character, attitude, desire – all the components of a successful football unit. That’s the gulf we have somehow to bridge over the next few years, if we’re to usher in our second century in a state befitting the history and global fame of this great club. On the evidence of the entire campaign so far – and in particular, based on the unpalatable offering we had to digest against Newport on Sunday lunchtime – there are light years still to travel, and this at a time when the clubs at the top of the game are streaking further away from the also-rans at an increasing speed.

By common consent, this squad – as a whole – is simply not good enough, and it will take more than boardroom platitudes to deal with that fact. The defeat at Cardiff was the start of a long and slippery slope for United. The best we can wish here and now is that the defeat at Newport might yet be part of the process whereby, slowly and painfully though it may be, Leeds United somehow contrive a return to something like their previous illustrious heights.