Can Celtic’s Tom Rogic Make the Step Up to Succeed With Leeds United? – by Rob Atkinson 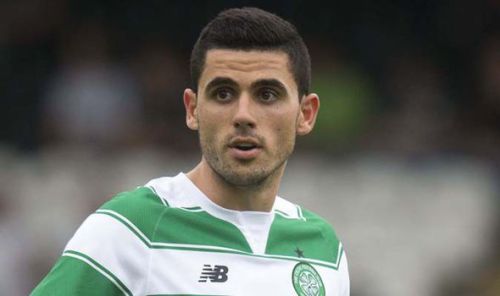 If Celtic’s Tom Rogic is indeed fed up with coming first in a one-horse race, as the Bhoys continue to dominate their pitifully substandard league, then he could do a lot worse than throw in his lot with a massive, but massively underachieving club in the far more competitive environment of the English Championship. Swapping Celtic for Leeds United would make perfect sense for a dissatisfied player seeking legend status and an enormous challenge.

Rogic is a good player, there’s no doubt about that. With 35 caps for the Australian national team, his credentials are beyond doubt. But creditable performers from north of the border have trodden the path southwards to Elland Road many a time before, and it’s a sad fact that relatively few of these imports have flourished on Yorkshire soil. It’s a step up in terms of the ferocity of competition and also bearing in mind the pressure that comes with playing for a club like Leeds.

Rogic, though, is the type of player United should be looking to sign ahead of what will be a crucial season next time around. The campaign now fizzling out started in a veritable blaze of glory as Leeds stormed to the top of the table, and things looked extremely promising. But a combination of a lack of timely investment and a severe loss of form saw Yorkshire‘s top club plummet from that early high, and the sad fact is that we’ve witnessed another wasted season of crushing disappointment. The owners will know that it’s not been good enough, and a marker must now be put down ahead of the resumption of hostilities in August. The one undoubted high spot this term has been the fantastic support Leeds have enjoyed, if not exactly deserved. Crowds averaging well over 30,000 have been served up some dreadfully bleak fare, and the powers that be at Elland Road must surely be sharply aware that the fans’ patience, always thin, must be on the point of wearing out.

The club’s production line of young talent appears to be in solid working order again, with the likes of Tom Pearce and Bailey Peacock-Farrell staking their claims lately. More is to come from the youth levels of the club, with the likes of Jack Clarke likely to be pushing for recognition sooner rather than later. A few quality signings of the Rogic ilk, together with players like Yosuke Ideguchi and Tyler Roberts fit and raring to go – added to a few judiciously selected departures – would give the squad a leaner, hungrier look for what needs to be a determined tilt at promotion, via the play offs at the very least.

Of course, it’s all been said before, with disappointment ensuing as night follows day. But we have to maintain the hope that, next time, things just might be different. A statement of intent on the part of the club’s board will be required early in the summer transfer window. A player like Tom Rogic might just be the sort of signing that would make that positive intent amply clear.

17 responses to “Can Celtic’s Tom Rogic Make the Step Up to Succeed With Leeds United? – by Rob Atkinson”