Something Very Special is Happening in Leeds, Sporting Capital of England – by Rob Atkinson 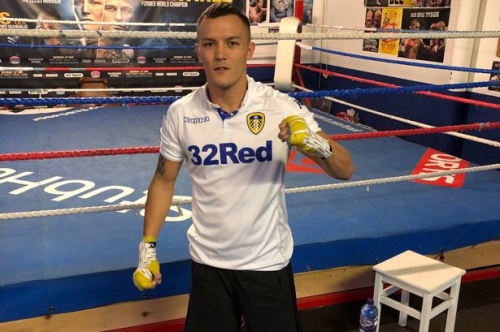 World Champion boxer and Leeds fan extraordinaire Josh Warrington is sharing top billing right now with Leeds United as the city of Leeds re-establishes its sporting pre-eminence, putting the likes of Manchester, Liverpool and London in the shade by the sheer diversity of its competitive prowess. Warrington’s great victories against Lee Selby in May at Elland Road, and Carl Frampton the other night in Manchester neatly bracket a phenomenal first half of the Championship season for leaders Leeds United. The Whites’ sensational comeback win at Aston Villa on Sunday topped off a 23 game run in which they have shown power, guts and consistency to emerge as front runners. Unfancied United have defied the critics just as Josh Warrington has, besting two supposedly superior fighters when all the experts predicted he’d be brushed aside.

Those two phenomenal boxing performances were as bookends to the incredible renaissance of Leeds United under Marcelo Bielsa in the first half of the current Championship football season. As Josh Warrington was recovering from his May demolition of Lee Selby, Bielsa was setting about putting his unique stamp on a club that had been failing, for a lack of identity and leadership, to realise its immense potential. Bielsa’s mission was to provide that leadership, create that identity, and see an underachieving club become much more than the sum of its parts. At the halfway point of the season, fresh from a defining performance at Aston Villa when the United warriors fought back from two down to clinch an unlikely victory out of extreme adversity, Leeds stand proudly top of the Championship, with a handy gap between them and the play-off pack. To describe Bielsa’s record so far as merely a success would be to make a molehill out of a mountain.

Just as Josh Warrington has succeeded against all the expert opinion that rated him as a passionate but limited fighter, so Leeds United are making a mockery of those who suggested that Bielsa’s methods could not possibly bear fruit with such a comparatively thin squad, boasting only a couple of major additions to last season’s also-rans. The major transfer acquisition of the summer, Patrick Bamford, has seen his season so far disrupted by injury, and has hardly been able to contribute to the cause. So it’s been the squad as was, plus bargain steal from Wolves Barry Douglas, supplemented by some precocious talent from the development level of the club, that has carried all before it in the league so far. What can United achieve if the injuries clear up, and if they can make some judicious purchases during the January window? It’s a question to tantalise the Whites support, which is already rubbing its eyes in delighted disbelief at the way the campaign has unfolded.

The Leeds claim to be the nation’s sporting capital is well founded. The football club has global support dating from the days when it boasted the finest club side of the post war era, a team that was respected and feared throughout Europe. The Yorkshire county cricket club is historically the best in the game as a matter of record, and the Rugby League outfit that shares Headingley is the biggest in the northern hemisphere bar none. Add in a gutsy fighter in Warrington who has worn his club colours with massive pride to become a true ambassador for the city, and it’s clear to see that Leeds has an embarrassment of sporting riches together with a vast potential to build on – and the signs are there that the building process is well under way. The revolution at Leeds United, the remarkable transformation of Headingley cricket and rugby arena and of course the fighting whirlwind that is Warrington, all combine to give the capital of West Yorkshire a growing status as the place where it’s all happening in the world of sport.

We can look ahead with some confidence now, a confidence that was only a dream prior to the big fight at Elland Road a few short months ago in May, to further progress and maybe concrete achievement in the first half of 2019. And this, of course, brings us nicely up to scratch just in time for the centenary celebrations of Leeds United, one of the truly great clubs in the English game. It’s all looking so good right now, and it’s all come about in such a short time – but the foundations are there for a new golden era across the whole City of Leeds.

With that in mind, Life, Leeds United, the Universe & Everything bids everybody out there, whatever their sporting allegiance, a very Merry Christmas, and the Happiest of New Years for 2019. The future, we’re confident in saying, is very bright. The future, we fervently hope and believe, is yellow, blue and white.

17 responses to “Something Very Special is Happening in Leeds, Sporting Capital of England – by Rob Atkinson”