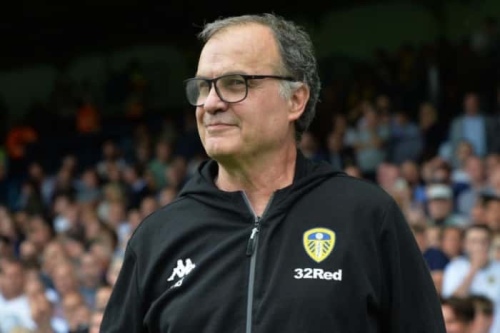 In the great Broadway show Guys and Dolls, a young gambler sets out on his career with the following advice from his father: “One of these days in your travels, a guy is going to show you a brand-new deck of cards on which the seal is not yet broken. Then this guy is going to offer to bet you that he can make the jack of spades jump out of this brand-new deck of cards and squirt cider in your ear. But, son, do not accept this bet, because as sure as you stand there, you’re going to wind up with an ear full of cider.’

There is much wisdom to be found in classic scripts such as those produced from the tales of Damon Runyon, upon whose writings Guys and Dolls was based. Runyon’s name has even passed into the language as a byword for witty, pithy dialogue which is pleasing to the ear, has street wisdom undertones and is reminiscent of the shady world of the Broadway hood. If something is described as “Runyonesque”, you can be sure it will be clever, plausible and not lightly to be ignored or treated with anything but close attention and respect.

So when Rotherham United manager Paul Warne waxes lyrical about tomorrow’s opponents Leeds United, whilst simultaneously bemoaning his own club’s injury and sickness lists, the wise devotee of Elland Road, be they player, fan or even globally-renowned coach, will instantly be on the alert. Mr. Warne sounds full of respect for his opponents and equally full of world-weariness at the paucity of his own resources, but he is to be treated with caution, even as Runyon’s card sharp or – more classically – Greeks bearing gifts. The Rotherham boss has spoken sweetly about the Leeds United style of play, hinting at similarities with Manchester City. He has spoken dolefully of the Millers’ injuries and of a minor plague of illness affecting his squad. Already, I can almost feel the Strongbow trickling past my auricle and on towards my eardrum.

Fortunately, wily Leeds boss Marcelo Bielsa will be well-prepared for such unctuous softening-up – and for him, it will just be a matter of making sure his team, named once again on Thursday to give opposition spies an even break, are similarly prepared. Leeds certainly can and should win this game, but going into it in a complacent frame of mind is a sure way of ending up pointless and leaking cider from both ears. Still, as Runyon also memorably said, “The race may not always be to the swift nor the victory to the strong, but that’s how you bet.”

Bielsa, for his part, has merely commented that both teams have their own way of playing, and that they will both go ahead and perform according to those differing plans. It’s worthy of note that the Millers have been far stronger at home than away this season, but also that they fell on their own turf to Brentford last week by four goals to two. All of which, plus Leeds’ own patchy recent form, makes this one difficult to call.

Still, in Bielsa we trust. His cards are on the table at least in part, with the starting eleven for Leeds named yesterday, though the make up of his substitute’s bench is as yet unknown. Perhaps it is from there that a jack of spades may yet emerge to squirt cider into Rotherham’s unsuspecting ears, turning the mind-game tables on that nice Mr Warne. In the topsy turvy world of Runyonland, otherwise known as the English Championship, anything is possible.