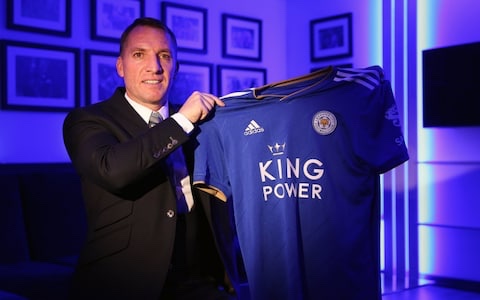 Former Glasgow Celtic boss Brendan Rodgers has understandably jumped at the chance to manage once again in the English Premier League, putting his desire to be involved in a more competitive competition ahead of what some are pleased to call “loyalty”.

It’s something that tends to stick in the care of the average partisan, blinkered football fan, but the bottom line is that you can’t stand in the way of a man seeking to better himself. And that is precisely what Brendan Rodgers has done. Leeds United fans have had to swallow similar bitter pills in the past, but it’s the law of the jungle. Might is right.

In leaving Scottish football, where the top flight has rarely been other than a two horse race, and has lately become a boring procession, Rodgers will once again be pitting his wits against the best. For some Celtic fans to claim that he has swapped immortality for mediocrity is to plumb the depths of self-delusion. The mediocrity resides north of the border in a league without any real excitement or class; immortality is not earned in Mickey Mouse competitions. The main interest in football up there lately was duding Rangers’ resurgence from their relegation to the bottom division.

A few other Celtic fans have sunk even lower, expressing the hope that Rodgers will die in his sleep, or fall to an IRA bullet. That sort of filth intrudes upon football occasionally, and it can crop up anywhere. But it seems far more common in an environment riven with sectarian hatred, where vicious fanatics are far more common than in the slightly more healthy competitive atmosphere in England.

Leicester City have been able to attract the manager of a so-called “big club” simply because, whatever Celtic’s size and history, the real football giants in the UK are to be found in the white heat of battle that characterises the top two English divisions. Whatever diplomatic phrases Rodgers may have employed in talking about his departure from Celtic, he plainly wanted to take up the Premier League challenge, and it’s not hard to see why.

Unless, of course, you’re a blinkered, deluded – and maybe bigoted – Celtic fan.