Please, Leeds, PLEASE – Not the Play-offs – by Rob Atkinson 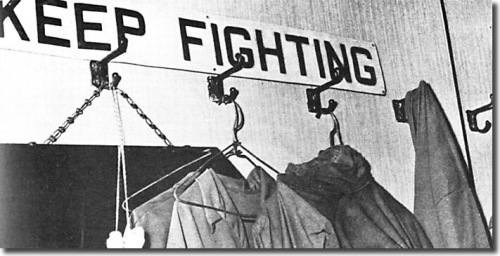 If anyone thinks I might be losing my nerve here, losing a bit of faith and belief – then let me tell them, they couldn’t be more right. At the time of writing, with Leeds United having somehow contrived to seize defeat from the jaws of victory against the ten men of Wigan Athletic at Elland Road last Friday – Good Friday? Don’t make me laugh – I am having a severe attack of the football-related collywobbles. Fatalistic is what I’m feeling. My experience of being a Leeds fan, together with my knowledge of the Whites’ appalling play-offs record down the years, leads me to believe that it’s automatic promotion, or bust. Currently, I have a nasty feeling that we might have blown it.

Obviously it’s tight at the top. Right now, before the Easter Monday games are played, Leeds are out of the top two only on goal difference, and both United and the Blunts still have nine points to play for. All of which means that anything could still happen, and there may well be another twist or two still to come. Really, we have to hope that this is the case – as the alternative to going up as of right is to submit ourselves to the lottery of the play-offs. And then, the logic goes: lottery implies a large element of chance and luck. Leeds United do not get much luck, not of the good sort, anyway. Ergo, if it’s the play-offs for Leeds… we’re screwed.

You don’t exactly have to be a student of Elland Road history to see the truth of this. Right back to the very first year of the play-offs, we lost out in the most tragic and unfortunate of circumstances to Charlton Athletic, having thought we were on our way up after a John Sheridan free kick put us ahead in a replay at neutral St. Andrews. Let’s draw a veil over what happened next. After that first, ill-starred attempt, we’ve had a few more stabs at the promotion lottery, with consistently negative outcomes. The semi-finals have usually been OK, but once we get to that showpiece play-off final, it just all turns to angst and despair. Really, it’s almost preferable to finish right out of the picture and kid on we were never that bothered about going up – not that we have such an option this time around. The play-offs, for Leeds United, have always been about misery and disappointment. Does anybody really believe it would be any different this time around?

Of course, what I’m trying to do here is apply a little reverse psychology, hoping that Fate will listen and be influenced enough to either send us up automatically, or make sure that we buck our previous play-off trend and have ourselves a glory, glory day at Wembley. It’s pretty much all I can think of just now, and at least I’m having a go. As ever, I’ll welcome your comments, the more optimistic the better. Now is the time to be clutching at straws – we can save the post mortems for such time as the worst has happened.