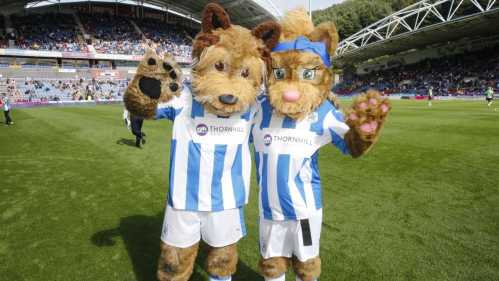 Leeds United have been dealt a potentially devastating blow to their promotion hopes, in the event of the current, COVID-19 affected season proving impossible to complete, as officials at the English Football League (EFL) appear set to accept the opinion of a rival club that they have better players, man for man, than the Elland Road club.

The controversial claim comes from Huddersfield Town chairman Phil Hodgkinson – pictured here 🤡 – who stated recently that the Terriers squad is superior to United’s on a man for man basis. Now, the EFL look likely to accept this as fact, given that Hodgkinson is a born and bred Town fan, being a member of the Young Terriers when he was but a pup, and that one of his companies is called PURE Legal Limited. EFL spokesperson Avril Primero, who admits to being a registered whippet fancier, was enthusiastic about the League’s likely endorsement of Hodgkinson’s opinion. “How can you doubt a man with those credentials?” gushed Ms Primero, waving a blue and white scarf above her head. “Phil is one of the good guys, certainly compared to certain shady foreigners we could name, operating as they do at a club without Huddersfield’s glorious record of success in the 1920s”.

Leeds continue to maintain that their only wish is to see the season completed, so that they can prove on the field of play which Championship team is the best over 46 games. Our reporter ventured to ask if the Elland Road stance would be informed by the fact that Leeds have murdered Huddersfield in both league games this season, but that query was met only with a polite reply to the effect that promotion and the league title would be decided over the full league programme, not by results against a so-called rival, and certainly not by recourse to any half-baked and embarrassing opinions offered when the person concerned was evidently high on Bob Martins Vitamin Pills.