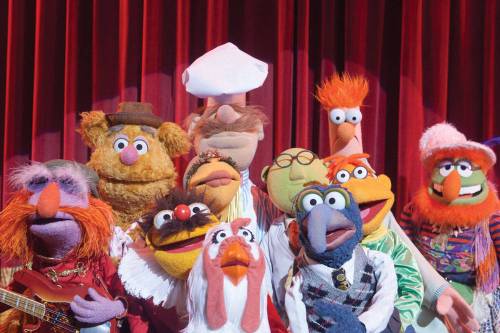 The classic defence against a libel suit is “But it’s the truth, m’Lud”. I therefore have no qualms about the title of this blog, which I hope will be read by some of the parties to what was, ultimately, an indefensible decision to block Eleonora Sport’s proposed takeover of Leeds United.  In bending over backwards to apply the letter of their Owners and Directors (OAD) Test, the League have proven themselves unable – or more likely unwilling –  to see the wood for the trees. They are blatantly guilty of pettifogging insistence on the letter, as opposed to the spirit, of the so-called “Fit & Proper” test.  The fact is that any set of regulations must be capable of interpretation so as to allow for the achievement of the greater good.  In other words, rules are for the guidance of wise men and the obedience of fools.  The League now stand before the football and sporting world as purblind fools. Worse, they are hypocritical fools, fools with selective vision, fools who are self-evidently prey to massive conflicts of interest.

The most obvious problem with today’s decision has nothing whatsoever to do with Massimo Cellino, and everything to do with several people who are happily getting on with the business of running various football clubs whilst at the same time carrying the burden of shady dealings which you might – on today’s evidence – have expected to disqualify them from their football activities.

Step forward, for instance, Carson Yeung of Birmingham City.  Except Carson cannot actually step forward very far, because he’s languishing in a 12′ by 12′ cell somewhere in China, guilty as charged on five counts of money laundering amounting to somewhere in the region of £55m.  Or there’s that nice Mr Owen Oyston, of Blackpool FC.  He’s a convicted rapist who did time for his crime and will be on the Sex Offenders Register for evermore – but the League have cocked a deaf’un to the misdemeanours of both these men.  Oyston’s son Karl, incidentally, was on the League panel which ruled on Cellino today.  His rapist dad remains a director and majority shareholder at Blackpool, a matter which apparently tasks the gentlemen of the League not one jot.  I wonder how Karl kept either of his faces straight?

Add to this little hymn to venal and otherwise dodgy behaviour the less than appetising track records of various other owners around the League; men who veer just the right side of criminality, but whose conduct in office would surely cause raised eyebrows in a responsible governing body. There’s the porn barons Sullivan and Gold at West Ham United.  Assem Allam at Hull City who wants to re-name his club Hull Tigers, and who advised supporters chanting “City Till We Die” to go ahead and die as soon as they liked.  There’s Vincent Tan at Cardiff City, who has ridden roughshod over the history and tradition of the Bluebirds by making them play in red, who wants his ‘keeper to chip in with some goals and who will hopefully suffer a deserved relegation for sacking the manager who gained Premier League status for him and appointing an inexperienced nobody.

It’s not really that impressive wherever you look around the League – and yet the complacent Burghers who serve on panels such as today’s are blind to it all, blind to everything except their overweening need to find some reason – any reason – to disqualify Massimo Cellino.  They eventually got him on a matter of unpaid tax on his yacht, “Nélie”, for which he was heavily fined and had the boat confiscated.  But there’s neither rhyme nor reason, there’s neither logic nor consistency in the League stance, not given the context of the case and the precedents set by the ongoing acceptance of some of the bad boys mentioned above.  A couple of days ago, I wrote that the League’s treatment of the thousands of Leeds fans sweating upon the outcome to this saga was “Cruel and Unusual”, as defined by the Eighth Amendment to the US Constitution.  It always did strike me as a blatant flouting of this amendment that the good old US of A had a liking for leaving convicted criminals incarcerated on Death Row, sometimes for decades – and then casually popping them into an electric chair and snuffing them out.  Cruel indeed – but sadly not that unusual in the States. The unconscionable lengths that the Cellino decision process has been dragged out to – only for that ultimate, smug and self-satisfied “No” at the end of weeks of torture for legions of Whites – does rather smack of this kind of cruelty on a more mundane level.

But the Football League mandarins evidently don’t care about that.  They don’t care about the conflict of interests apparent in the constitution of their panel, including as it did men in charge of football clubs with a vested interest in keeping Leeds, profitable, well-supported Leeds, in the same division as their own teams.  And not forgetting, of course, that son of a rapist.  They don’t care that their organisation is headed by a man in Shaun Harvey who, as United CEO, left Leeds under a cloud when his crooked confrère Ken Bates was ousted, the pair having compassed the near demise of United in nigh on a decade of financial dodginess and general mismanagement. They give not one solitary damn about the glaring examples of criminality elsewhere in club hierarchies throughout the League, nor indeed about the fact that Cellino wanted Leeds, Leeds and most of its fans wanted Cellino and the additional fact that the Italian has the personal wealth necessary to spark a revival at a club which has suffered in penury for twelve long and depressing years.  None of that makes one bit of difference to the shortsighted idiots and hypocritical charlatans of the Football League.  They have chosen to snatch the lifebelt away from the palpably struggling Leeds United and they are prepared to see the club suffer financially and risk possible administration, points deductions, relegation – maybe even liquidation – rather than abandon their tenacious quest to confound this potentially transforming takeover.  Is this in the best interests – interests they are duty-bound to protect, by the way – of their most famous and high-profile member club?

You tell me, then.  By its own lights, what is the Football League worth?  Have they shown an ounce of competence or common sense throughout this farcical process?  The dear old Grauniad says they’re “finally stepping up to the plate“, the clear implication being that, as I’ve written above, they’ve not been too bothered in the past about much greater misdeeds than Cellino’s alleged Italian tax faux pas.  Strange how it’s always Leeds United that causes the League to get all moralistic and start enforcing draconian sanctions.  How Mr Hardaker would approve.  But nothing about this case inspires the least confidence, I would argue, in the Football League’s worthiness or ability to judge even a village Best Marrow Contest.  The holes, conflicts and inconsistencies in today’s decision conspire to make that all too tragically clear.

So I say again, tell me – given all of the above – are the Football League really fit for purpose?  Are they even remotely “fit and proper”?

Not on your bloody Nélie.