Paul Scholes Spot On About “Past It” Rooney – by Rob Atkinson 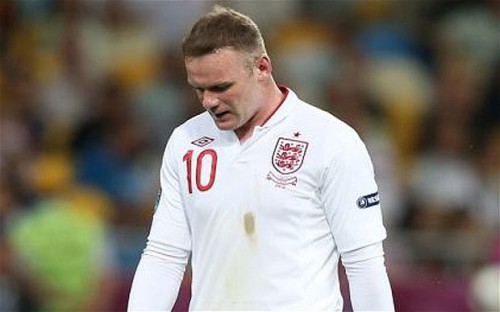 I never liked Paul Scholes. As I’m a Leeds United fan, that’s hardly surprising – he was virtually ever-present in the Man U sides that took full advantage of favourable economic, administrative and refereeing conditions to dominate for the worst part of two decades. For a devotee of the real United – the Damned United and Last Champions of popular infamy, hated by prats everywhere, my dislike of Scholes was part of my DNA. Fine player though he was, I always felt some hyperbole was at play. Best midfielder of his generation? I think not. The indulgently fond media attitude to his “inability to tackle” made me want to hurl, too. Let’s face it, he was filthy, a thug. In any other team, he’d have been condemned as a Joey Barton with added skill.

However, all that said, Scholes has partially redeemed himself in this Leeds fan’s eyes by daring to think the unthinkable about “National Icon” Wayne Rooney. The Ginger Minger has come right out and, belying his normal quiet man image, he’s done a proper hatchet job on his former team mate. Past his best, Scholes stated. Three words which neatly sum up today’s Rooney who – let’s be brutally honest here – has not done it for England for a long, long time now. What Scholes said was viewed as heresy in many quarters, the sycophantic chattering classes who still ridiculously claim that the former lifelong Evertonian is England’s best player.

Last night, in defeat against Italy, that accolade belonged unquestionably to young Raheem Sterling of Liverpool, chosen from the start ahead of the unlucky Adam Lallana. Sterling looked like trouble for Italy every time he got the ball, quicksilver fast off either foot, jinking, twisting, tormenting opposition defenders. Meanwhile, the one-paced Rooney chugged his weary way through the first half, sulkily neglecting his left-sided defensive duties, leaving Leighton Baines exposed and unhappy.

Lallana really was unlucky to be left out of the side – until late on, when England were chasing the game and Sterling was tying up with cramp. The Southampton star is just what we need on this stage, someone who can receive the ball with his back to goal and go either way, baffling defenders, bringing others into play. There’s a touch of Dalglish there.

Ross Barkley, too, is acquitting himself well for a Leeds Warnock-era reject. The man who was only good enough for our reserves at Elland Road looks at home in an international shirt, powerful, incisive and deadly creative. Again, he was unused until it was just about too late, with Italy set on keeping what they’d got, retaining the ball, striking on the break. Both Barkley and Lallana would have been far better options than Rooney, who – one deadly left-wing cross apart – failed to influence the game. In the second half he screwed one shot horribly wide after a rare, powerful run; he missed an extremely presentable chance to equalise from Baines’ astute through ball – and he took a corner that would have had them laughing on Hackney Marshes.

Now England just have to beat Uruguay on Thursday, in a game the South Americans also need to win after their unexpected beating by Costa Rica. Suarez will be looking to bite the hand that feeds him and – whatever he and his compatriots might say publicly – they will be hoping that this over-the-hill and ineffective Rooney keeps his starting place.

England manager Roy Hodgson is truly on the horns of a dilemma. Scholes has put the alternative pro’s view of Rooney’s waning powers, something that many fans out here can see all too clearly. But while the establishment view remains that Wazza is our present-day Gazza, then little will change – unless the Boss has an unlikely attack of courage and faith in his own judgement. It seems unlikely. Immediately post-match, Hodgson stood there and chanted the mantra; Wayne had a good game. Well, Roy, we could all see how ordinary he was – but it looks as though he’s not run out of last chances yet.

It’s enough to give a Leeds fan a nosebleed to say this but – in the name of God, listen to Scholesy. At the very least, bench Rooney so that you might have the option of introducing him, angry, resentful and looking to wreak havoc, as an impact sub. That, surely, is his best deployment these days. But the complacent, untouchable, sure-fire starter Rooney, the ineffective fixture in the line-up that we saw so anonymous against Italy, is no good to this England team. The trouble is, you won’t get any of the inner circle, or the lapdog media, saying so.

Regrettably – amazingly – there’s only Scholesy out there talking sense. And as a long-time team mate of Wazza, he should know. Somebody high up needs to start listening – it’ll soon be too late.