In the wake of Man U’s FA Cup exit – sorry, that should read simply “comic” – it has emerged that Manchester’s second club are prepared to go to law over hurt feelings, following former Theatre of Hollow Myths hero Danny Welbeck having the brass neck to actually celebrate his winning goal. Life, Leeds United, the Universe & Everything has learned that swift court action is likely, and that hopes are high throughout the West Country and the Home Counties that their favourites will still be stepping out for Wembley‘s showpiece occasion, the F.A. Cup Final.

The Pride of Devon’s tame legal firm – Messrs. Sue, Grabbitt & Runne – has issued a brief statement in the immediate aftermath of this funny defeat. “Mr Welbeck will be hearing from us.” it read. “His unwarranted celebrations were a knife to the heart of every true football fan, the grand traditions of the game and any real prospect of world peace itself. This evil must be stopped. Danny Welbeck must moderate his behaviour henceforth.”

Attention has also fallen upon the unprecedented display of referee Michael Oliver, who remained scrupulously honest throughout, penalising foul play from both sides and, in particular, making a point of whistling for and punishing the earnest efforts of Man U players to dive for penalties. Mr. Oliver even sent Devon’s Angel di Maria off the field of play for diving and then pushing the ref during the tantrum that followed the refusal of a penalty.

A Man U spokesman admitted “We acknowledge as a club that this behaviour is simply unacceptable. We shall never be seen to tolerate that sort of thing at this fantastic club, officially the greatest club in the Universe and all four dimensions of space-time. We have that reputation to uphold and we are keenly aware of our responsibilities. The referee’s frankly obscene levels of honesty and consistency have left us all simply horrified and deeply petulant. Michael Oliver must  moderate his behaviour henceforth…. no, as you were – die.” 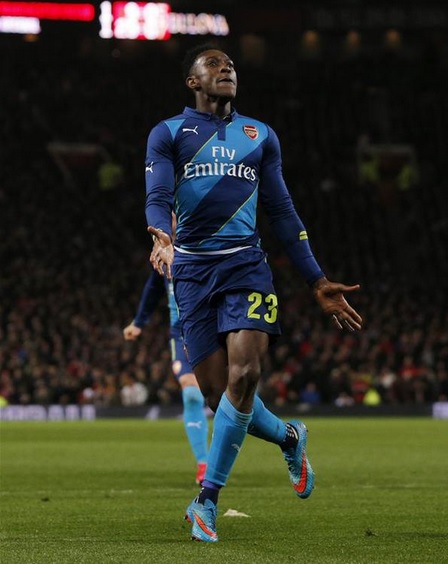 Questioned afterwards about his winning goal and the turbulent maelstrom of conflicting emotions that must surely be raging in a careening torrent through his tormented psyche and devastated mind, Welbeck merely commented, “‘S’all good, man, chill. I’ve never liked Man U all that much anyway. Did you clock them tekkers after nipping in ahead of de Gay? Quality that, man.”

Louis van Gaal, 83, has denied in the past few minutes that he is to take over as manager of the England cricket team.  Wayne Rooney, 19 stone, is fat.