Promise of Better Things to Come, Despite Leeds’ Poor Start   –   by Rob Atkinson 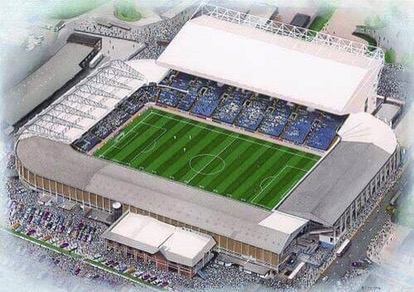 Two matches, two distinctly average opponents, two defeats. On the face of it, Leeds United’s start to the Championship season 2016/17 could hardly have been worse. There are obvious deficiencies in the squad, readily apparent areas of the team that require strengthening or replacing. And yet, all is not doom and gloom. Even given our pointless start, there are some promising signs that, given time, a pattern may well emerge that will be pleasing to the eye as well as effective on the park.

The problem with a radical change in approach, alongside wholesale squad additions, is that it takes a while to bed in, just as the new personnel have to be given the chance to find their feet in unfamiliar surroundings. These factors can explain, if not completely excuse, negative early-season results. But it must be remembered that this is a new Leeds. There’s a new manager with new ideas, there’s a new plan and new players in every department. More than likely, the recruitment is not finished. We can expect some departures too.

One departure that could be expected to cause tearing of hair and rending of garments would be that of want-away tyro left-back Charlie Taylor. Not so long back, I begged leave to doubt that the boy Charlie actually had his heart set on a move at all. I felt that, perhaps, we were being spun a line, as has undoubtedly happened before.

The thing is, though, Taylor’s performances have not been those of a lad whose heart is currently pumping yellow, white and blue. And, while it may well sound all grimly determined and steely-eyed to say we’d rather lose him for nowt when his deal runs down, than sell him for millions now, those are not the kind of principles, or indeed the real-life economics, we can afford to follow. If Taylor’s heart is elsewhere, then let him follow it through the exit door while there’s some cash to be made and (maybe) reinvested. It’d would be foolish to act or argue otherwise, in this blog’s view.

Elsewhere, the picture does look more promising, with glimpses of real promise showing fro the likes of Roofe, Antonsson, Sacko and our own product Ronaldo Vieira. The problem seems to be that many of these players cannot yet function to their potential because the shape and effectiveness of the team as a whole are being negatively affected by the lack of a ball-winning, holding, defensive midfielder. If the signings of Bridcutt and/or Osman ever get over the line, I would expect the whole to start looking like more than the sum of the parts. Up to now, it’s looked rather less.

It sounds like an odd thing to say, but I do feel there is much excitement and the prospect of some spectacular performances in the offing – once the groundwork has been done and some proper foundations are in place. Preparations in the early part of the close season were hindered by some needless shilly-shallying over the future of former manager Steve Evans. Whatever the rights and wrongs of this, it wasn’t ideal in terms of getting ready for the season ahead and, in certain respects, we are still suffering from that two defeats into the season. The important thing now is that certain fingers should stay well away from the panic button. Yet another early season brainfart from our unstable owner is the last thing we need now that we have committed to the Monk style of football and recruited our playing staff accordingly.

No, we must aim to steer a straight and careful course if we’re to avoid sinking. If the club can show some faith and belief in the squad so far assembled, then there may well be better times ahead than two losses in two opening games might seem to suggest. If not – well, then storm clouds will inevitably gather and we could well go down as SS Laughing Stock.

As things stand, we’re not alone in our misery. Runaway title favourites Newcastle also sit on zero points from two games – but they will still be there or thereabouts when the season reaches its climax. Maybe – just maybe – Leeds United can be, too.

It’s time for owner, players and fans alike to keep the faith. Whatever our differences, and however bleak things might look this evening after a second reverse in our opening two games, there’s rarely been a more important time to be Marching On Together. And that is precisely what we must now do.

32 responses to “Promise of Better Things to Come, Despite Leeds’ Poor Start   –   by Rob Atkinson”