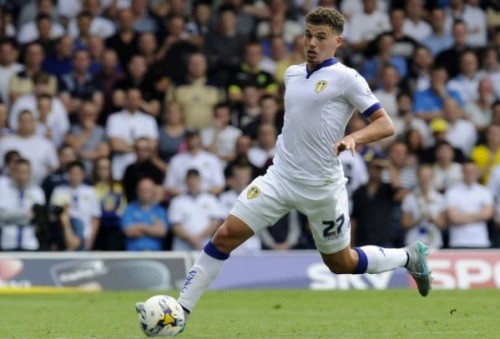 This article also appears in Shoot – The Voice of Football

Events at the City Ground, Nottingham appear to have borne in on Leeds United manager Garry Monk that conceding goals can have an adverse effect on a team’s results. This may not be exactly shocking to many in the game, but Monk – a defender in his playing days – seemed resentful if not outraged in his post-match reaction that the mere act of politely letting the ball enter your own net has the unfortunate outcome of failing to win games. “If not for the goals we conceded we would have won the game, definitely,” lamented our leader after the 3-1 defeat to Nottingham Forest.

It’s difficult to argue with that summary, as we did after all manage to score a goal through young Kal Phillips‘ well-taken free-kick from all of thirty yards. But, sadly, Forest got three – and that’s the way of the world and the rules of the game. We may even have to consider tightening up in defence if we want to avoid harsh realities like the other team rudely presuming to score against us. Only then will we prevail – as we did against Sheffield Wednesday, who had the good taste to somehow avoid notching against our porous back line.

I’m being a little disingenuous, of course. I have no doubt at all that, in reality, Garry Monk is all too aware of the defensive problems we have. Those problems were still evident during two clean-sheet displays at Sheffield and then at Luton Town in midweek – but at least we had new boy Pontus Jansson at Kenilworth Road, tall, commanding and looking as though he would make a good fist of heading away a cruise missile if he had to. Reverting to a central partnership of Bartley and Cooper was a brave call, to put it kindly, after such a convincing display from the Swedish international and, in retrospect, it might not have been the wisest of decisions with a team that reacts like a rabbit caught in the headlights when facing a corner.

If Leeds United need to address defensive frailties, than perhaps their still-new manager could think about trying to sound a little less defensive after defeat. It doesn’t go down too well among the Twitterati, as was clear from the reaction of virtual Leeds fans yesterday, some of whom felt that Monk’s comments had left us open to ridicule. On the other hand, we have to remember that the circumstances prevailing at Leeds United mean any Whites manager is working under more than the usual amount of pressure – and maybe this is what manifested itself in Garry’s post-match interview.

Either way, improvement is essential and soon. It’s perhaps fortunate that we now have an international break in which to regroup and reorganise – though I do recall using similar phrases at this time of the season over the past few years. Hopefully, this time, the desired improvement will occur. It should, because this squad has a lot going for it. That situation might improve again, should talk of further recruitment materialise into something firmer before the transfer window closes this coming week.

Next up, after Mike Bassett’s England have taken and departed centre stage, it’s our old friends with the chip on their shoulders from Huddersfield Town. They’re currently perched incongruously atop the Championship, and it’s our clear duty to put a stop to such nonsense and set about redressing the balance. Huddersfield haven’t finished ahead of Leeds United for well over half a century – and that is one record that certainly should be maintained at the end of this season. In fact – by some distance – that is the very least we Leeds fans expect and demand.