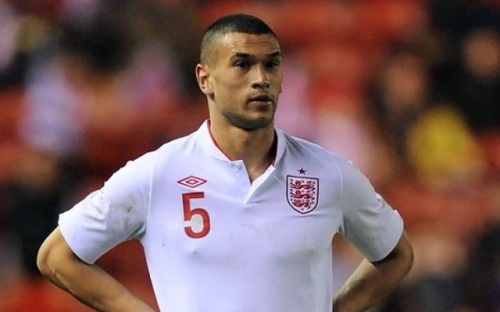 What do you do if you’re an ambitious Championship club with a thrifty approach to recruitment – and an English international central defender aged just 26 suddenly becomes available, and for nowt? Why, you snap him up, of course, if you’ve not been trampled flat in the rush. Players of this quality normally command 8 figure fees, but here we have a lad in Steven Caulker who is looking for a fresh start after facing up to issues with his mental health, allied to gambling and alcohol problems. His most recent employers, Queens Park Rangers, have just released him, so he is currently without a club. Caulker is currently occupying what the professionals term, with some feeling, last chance saloon. He needs someone to show some faith in him, and he needs the best possible care and rehabilitation. For the club willing to take a calculated risk, a diamond of a player is waiting to be rescued.

For several reasons, not all of them football-related, I’d love to see my club Leeds United be the one to make this move and show this faith. It would be a dreadful shame for football and for the lad himself, if such a promising career were to be allowed to fizzle out. You’d worry for Caulker, in the long and barren future ahead, and you’d wonder if the game itself was perhaps derelict in its duty to look out for a young man battling with personal demons that have ruined so many young men before.

At Elland Road, there’d be a unique challenge waiting for Steven Caulker – if the club wish to offer him the chance, and if he’s prepared to get in, get his head down, and resurrect his career and his chances of life-affirming success. It’s not too late for Caulker; he just needs that chance. I’d like to think that Leeds United are progressive enough to reach out and provide the support and faith needed.

It’s common knowledge that Leeds could do with some strengthening of the defensive ranks; Kyle Bartley is still much missed and, despite the sterling performances of Pontus Jansson and Liam Cooper, a player of Caulker’s quality would represent an improvement in United’s rearguard. The lad was on loan at Liverpool not so long back, and was brought up at Tottenham; his pedigree is indisputable. Coming to the end of the road at QPR does not mean he’s a busted flush; some club is likely to benefit from the renaissance of a major talent, should the requisite support and understanding be available.

Let that club be Leeds United. In doing some real good for a troubled player, they may well do themselves a power of good too. And all for nothing more than wages.

That’s got to represent a good deal, even up here in Yorkshire. And a chance surely well worth taking.