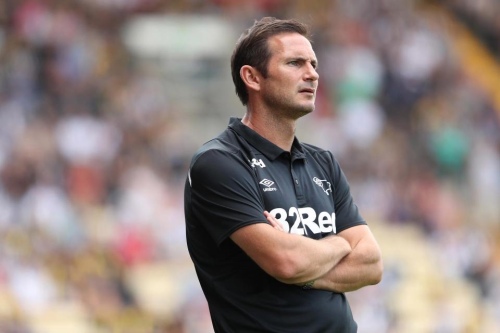 Derby County manager Frank Lampard has become the focus of fears within professional football about what stress can do to the memory and mental faculties of even a relatively young man. The latest example of what are suspected to be short-term memory problems in Lampard arises from the overturned penalty in Derby’s first leg semi final play off tie against Leeds United at Pride Park. The ref awarded Derby a penalty, but the award was rescinded after the assistant referee pointed out that Leeds’ Jack Harrison had played the ball instead of fouling the Derby player Bogle.

Lampard was outraged afterwards, claiming that he’d never seen a linesman overrule a referee’s decision, and insisting that, even if it was technically no foul, the award should have stood. Worryingly, Lampard appears to have forgotten the game at Elland Road between Leeds and Derby in January, when Leeds were awarded an early penalty which was subsequently (and wrongly, as it turned out) overturned on assistant referee advice. The fact that Lampard has obviously forgotten this incident completely is a clear sign of memory loss in at least the shorter term, and justifies a level of concern about his mental fitness for a demanding job.

But the problem may not just be affecting poor Frank’s short term memory. Earlier this season, during the “Spygate” furore, Lampard stated unequivocally that he’d never known or been involved with such practices. He had clearly forgotten that, during his time at Chelsea, senior management figures had circumvented an FA ban by being in attendance, concealed in a laundry hamper. Lampard will have been fully aware of this at the time, but again, worryingly, has lost all memory of it.

The gravity of the situation now for Derby is that they must win at Elland Road against an injury-depleted Leeds in Wedneday’s second leg, so County fans must hope that, at the very least, Lampard can still remember his way there.

The memory problems cited must be genuine and therefore a cause for grave concern. The only other explanation would be that Lampard has been lying through his teeth in his protests about Leeds United, in the full awareness that he’s been a party to similar incidents in his favour – and that he is therefore a humbug and a double-dyed hypocrite.

And that surely can’t be true of media darling Frankie Lampard…. can it??