How Will Leeds United Fare in the 2019/20 Championship? – by Rob Atkinson 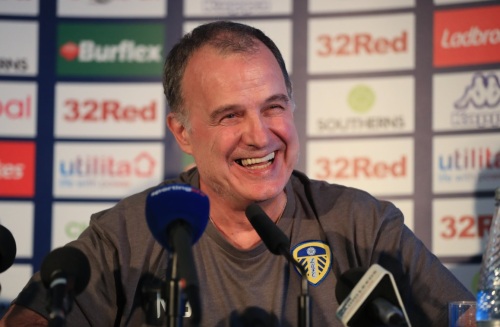 Marcelo Bielsa – tipped to stay on as Leeds United coach

While many Leeds United Fans are still reeling from the 2 – 4 defeat at the hands of Frank Lampard’s Derby County, bookmakers and pundits are already looking ahead to next year’s championship season.

Marcelo Bielsa’s side failed to gain promotion to the Premier League via playoffs, losing to Derby County in the semi-final second leg, meaning that the Whites will feature in next year’s championship.

This will be the 16th consecutive time that Leeds have been outside the Premier League, since their relegation in 2004 and their playoff record has so far been unimpressive considering that they have lost in the five matches they have participated in so far. These are not pleasant stats for any Leeds fan, especially given the proud history of the club.

It is no secret that having spent more than 100 days at the top of the league table this season, then failing to gain promotion via playoffs, after dropping below Norwich City and Sheffield United is quite heartbreaking. Thankfully, the few weeks or months before next season is enough time for reflections and making of big decisions at Elland Road.

What are the odds of Leeds getting to the Premier League next season?

Having spent weeks at the top of the league table, fans and football enthusiasts are hopeful that come next season, Leeds will have a better chance of promotion to the Premier League. In fact, bookmakers odds support the idea that the Whites will be one of the top contenders in the next Championship season.

The reasons for an expected Leeds United strong next season are pretty obvious. Marcelo Bielsa’s side came so close to gaining automatic promotion but for two nightmare sessions where they were beaten by 10 man Wigan Athletic and Brentford at the Easter weekend.

Also, Leeds United played some of the most outstanding football this season with an intensity and speed that surprised most of their opponents. Actually, the only major criticism came from Patrick Bamford who made several poor finishes.

They also managed to hold their own despite a series of horrific injuries, with key players like Ezgjan Alioski, Barry Douglas, Kemar Roofe, and a few others spending time on the benches due to injuries.

That said, it is important to point out that a large part of this hope rest on whether Bielsa will be continuing as manager of the Whites or not, even though it is not clear what the future holds for the Argentine after Derby County defeat.

If Bielsa agrees to stay on through next Championship season, the odds on Leeds not just faring well in next season’s championship but actually securing promotion via playoffs are very high.

Of the other top sides also in relegation, Cardiff City are tipped to win the division with 12/1 odds and Huddersfield Town at 14/1 to win the league in May.

Thankfully, the chances of this happening, particularly for Leeds United, are strong as reports suggest that Marcelo Bielsa will stay put at Leeds United despite the painful semi-final defeat by Derby County.