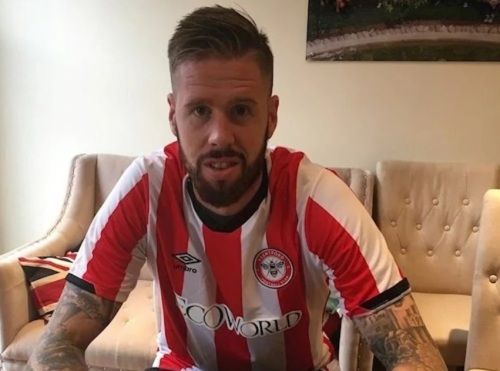 “It started off so well”, sang Freddie Mercury at the beginning of the Queen classic Save Me. “They said we made a perfect pair”. In the early stages of Pontus Jansson’s Leeds United career, it really did seem as though player and club belonged together. Pontus epitomised the United spirit on the field, he was hailed for forging a link between team and supporters, in a passionate and empathetic manner that hadn’t been seen at Elland Road, maybe since the days of the legendary and iconic Vinnie Jones, whose recent tragic bereavement reminds us all that he remains very close to our collective heart. Pontus “got” Leeds, so we thought – he understood the character of the club and the viscerally emotional nature of the fans’ connection to their heroes on the field. Surely, here was a swashbuckling hero of a never-say-die defender, who could lead us back to the promised land, repelling all challengers, wearing his magic hat with pride.

And then, not quite out of the blue, but in a manner both shocking and unexpected, it was all over. Pontus was gone, suddenly he was no longer Leeds; he had departed for the unlikeliest of destinations in Griffin Park, Brentford. Behold an object lesson, as if Leeds fans really needed one, in the fleeting and deceptive nature of fan/player relationships. It’s all happened before, of course – so many of our United icons have been there one day, sporting an opposition shirt and a sheepish grin the next. Cantona, Batty, Snodgrass, Howson, Uncle Tom Cobleigh and all. It’s like a roll call of grief and loss so, in many ways, Jansson’s departure should be no real surprise, simply because it confirms this distressing trend.

Nevertheless, shock and surprise have been among the most common reactions on social media, as the virtual Leeds United presence attempts to come to terms with this latest wrench. A lot of the most heartfelt reactions appear to stem from frank disbelief that it could happen to us yet again. Supporter incredulity, though, always seems to be rooted in a basic misunderstanding of exactly what motivates professional football players. For all that we’d sing to Pontus about his magic hat whenever he went to the crowd after a hard-earned victory, for all the fervour and the feeling of mutual love and a common cause, deep down we should really be aware that this passion and apparent rapport is actually a one-way street. Players, at the end of the day, will have their minds on their careers and the bottom line. And clubs, including Leeds United, will be totally lacking in sentimentality when it comes to decisions on the continuing usefulness of a player to the squad and the team. Once we accept this, the shock of parting – even with yet another terrace hero – should be less.

Clearly, United manager Marcelo Bielsa had come to the conclusion that the net effect of Pontus at Leeds was negative, for all his occasional heroics on the field. Incidents like the one at the end of the QPR league game towards the end of the season, and Jansson’s reaction to the unopposed Villa goal at Elland Road, seem to have made up Bielsa’s dispassionate mind. Pontus was now seen as a negative influence on the squad as a whole. Much the same had been said about Samu Saiz, with the identical result. Those who aren’t on board end up overboard; the team is the thing. If we put our faith in Bielsa, as we really must do, then we simply have to accept this – and move on.

In Save Me, Freddie went on to lament “The years of care and loyalty were nothing but a sham it seems…” Perhaps that’s going too far. But it’s Pontus who is the biggest loser here – not Leeds United.