Leeds United fans will need no reminder as to the importance of finishing inside the top two. The Championship playoffs are effectively cup ties and, no matter what the final league placings may have been, those three matches at the end of a long season can be reduced to a lottery.

Marcelo Bielsa’s side have stuttered at times this season and January’s final away fixture produced a disappointing 1-0 defeat to Queens Park Rangers. Hope, however, has been stirred by a string of poor results by league leaders West Bromwich Albion. Automatic promotion is within Leeds’ grasp but what will it take to get over the line? 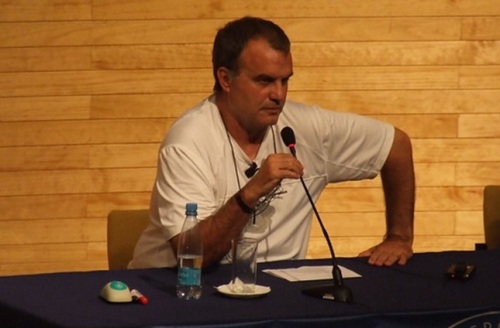 All sides at the top of the Championship can be inspired by Sheffield United’s exploits this season. Promoted into the top flight at the end of 2019/20, the Blades were among the favourites to go down this year but an impressive first half of the campaign means that Chris Wilder’s men look perfectly safe. In fact, Sheffield United are now 6/1 in the Premier League betting markets for a top six finish.

The Blades should give Leeds hope moving forward, but firstly, they have to get into the top flight. Crucial fixtures lay in wait but perhaps the most important game of all is already out of the way. The third round FA Cup defeat to a second-string Arsenal side would have been disappointing but promotion is a priority and the knockout competitions can prove to be an unnecessary distraction.

Another positive is that Leeds have already played league leaders West Brom twice, picking up a useful four points in the process. Fellow promotion hopefuls Fulham and Brentford await but the majority of Leeds’ remaining fixtures are against sides in mid-table or in the bottom half.

Patrick Bamford’s penalty miss against QPR was blamed, in part, on the section of the crowd that are getting on the striker’s back. It was unfortunate and unhelpful but that miss does highlight one area that the club needs to address.

Bamford is the man charged with scoring the goals that will take Leeds United back into the top flight but with just ten strikes in his first 27 league matches of 2019/20, it’s a record that needs to improve. With Eddie Nketiah recalled to Arsenal at the start of January, striking options could make the difference between automatic promotion and another nervous battle in the playoffs.

It’s widely perceived that scoring is a concern but, going into the end of January, Leeds United had a healthy return of 43 league goals. That tally compares favourably with any side in the top six, but, so far, the defence has been key to the club’s progression. At the same point in time, Leeds had conceded just 24 goals – seven less than leaders West Brom.

Yes, Bamford does need to improve and, with Nketiah going back to Mikel Arteta’s Arsenal, his need for competition has now been met with the loan signing from RB Leipzig of Jean-Kevin Augustin. As for the fixtures, if Leeds United can avoid defeat against promotion rivals while picking off the sides at the bottom, another playoff horror show can be comfortably avoided.