On any decent scale, there tend to be two well-defined extremes.  No scale can be effective without this; you need to know the Alpha and the Omega before you can properly ascribe values to what lies in between.  This useful little principle is identified by the scale which measures the worth to us Leeds fans of players leaving Elland Road for whatever reason.  What memories do they leave behind them?  What emotions do they evoke, now that they are gone?  In terms of recent departures, we’ve been looking for the negative end of this scale.  We’re talking outgoing players on the permanent staff here, not loans – otherwise the claims of Andros “Klingon” Townsend would be hard to dispute.  The positive, top end of the scale, I would humbly submit, is occupied by Andy Hughes, for reasons which will be clear to many, but which I shall nevertheless sum up below.  The arse-end of this scale, the epitome of negativity and bad grace, has just been claimed for his very own by the recently departed and very much unlamented Luke “Reg” Varney.

Everything you need to know about Andy Hughes is contained within the video interview linked to his name in the paragraph above.  For a player late of this great club to speak with such passion – let’s face it, such love – of his time at Leeds United, would bring a tear to a glass eye.  It’s inspirational, emotion-wracking stuff.  Andy Hughes was not the greatest nor the most talented player ever to wear the white shirt.  But he has a heart the size of the East Stand, and he always, always gave his all for the cause.  You can tell how he loved playing for the club, for the badge, for the fans.  He’s in a very small and exclusive group of players from the recent past who truly “get” what it is to be Leeds.  The fans at Elland Road have always loved a trier, someone prepared to go the extra mile and run his knackers flat for Leeds.  Hughes was such a player, is such a man.  He joined at an historical low ebb and felt privileged to do so, determined to do his bit and much more, to restore the club to a higher level.  He was part of many great performances and his commitment was the stuff of legend.  All hail Andy Hughes;  he is in the exclusive Alpha group of my recent ex-players scale, top dog with the likes of the Chief among the elite of this century.

On the other hand, there’s Varney.  Oh, dear.  He didn’t have the best of times at Elland Road, but then, it’s a tough place to perform for all but the most gifted or determined of players.  Varney was found wanting on both counts.  And yet, people did try to give him a chance, we tried to like him.  This man might score us some goals, we thought.  And if it doesn’t happen, maybe he’ll get his head down, work hard – earn our respect and regard that way.  Sadly, the Reg approach was more of the “OK, it’s not going for me, they don’t like me – I’m going to sulk” variety. 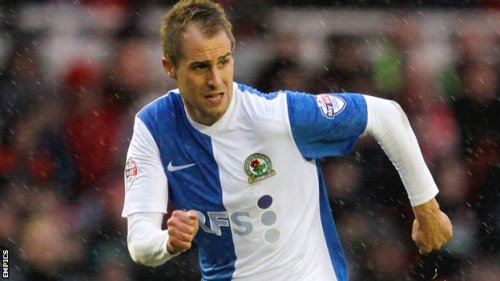 There were highlights,  A goal against Spurs in the Cup, for instance.  But by that time, the relationship between player and fans was already quite toxic; you felt he was at least as likely to flick two fingers at the crowd, after scoring, as he was to celebrate with them.  He seemed to have the respect and support of his peers; his team-mates at the club – but then again, football is a close-knit business, and the dynamics within the group have little to do with how the fans relate to a player, or vice versa.  But Varney never gave himself the chance to be a real part of the Elland Road experience – and the likes of Andy Hughes could teach him an awful lot about that.  Varney, though, since before his recent departure, has shown that he is incapable of understanding what it takes to play for a big club with passionate support.  Since our decline, sad to say, we have had far too many players like this – which explains why Leeds United have struggled.  We simply haven’t had enough of the big players, the big hearts.  It’s a salutary lesson for the future which is about to open before us.  Worthy of note too is the fact that Noel Hunt, another player who hasn’t exactly grabbed the fans’ imaginations, is quietly waiting and working for his chance.  Credit to him.

Varney finally cooked his own goose when his desire to get away first persuaded him to refuse to play against Ipswich – for fear of injury – and now has led him to giving the classic “bitter ex-player” interview to the first eager hack he’s tripped over in Lancashire.  The refusal to play for the club which was paying him thousands a week for a privilege that is but a dream for the legions of Leeds fans out here – something we’d be ecstatic to do for free – marked Varney down as a selfish mercenary, someone who put his own narrow interests ahead of his club, his contract, his team-mates and last – and very much least in his eyes – the supporters.  It’s difficult to imagine greater treachery; one can only hope that his pay packet ended up empty after that episode.

The interview doing the rounds today does Varney no credit either.  It’s all “me, me, me” apart from the word turmoil, which he has evidently only just learned and was eager to use as often as possible.  As a piece, it was designed to endear himself to his new club, and it dripped with indifference to the old.  He seemed to be trying to justify his decision to refuse to play – what his new fans and his new manager/team-mates will make of that is anybody’s guess.

Two ends of the same stick – the end with the golden ornament, and the crappy end.  Alpha and Omega, Andy Hughes and Luke Varney.  That’s the scale that any future player departing our great club can be judged against.  Are you more of a Reg, or more towards the Hughsie, top end of things.  Most will come somewhere in between.  Thankfully, there aren’t all that many Varneys.  But oh, how we could use a player or two more with the heart and soul of Andy Hughes.