Death of a Leeds United Fan – by Rob Atkinson

Reblogging this only because I initially omitted to include an Alzheimer’s Society link – and if just a few quid can be raised in the fight against this insidious robber of life and happiness, then it’ll be worthwhile.

Thanks for all the earlier comments – you can have no idea how much it’s helped. MOT

Life, Leeds United, the Universe & Everything 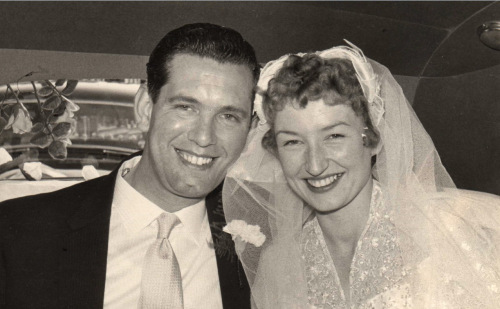 My Dad died in the early hours of this morning. He’d been afflicted with Alzheimer’s for the very last part of his life, and there’s that inescapable feeling that this loss is just final confirmation of what has been a gradual departure over the last few years. It’s still a shock, though – and, blogs being blogs, this is where I have to say how I feel – and make my last farewell.

Dad was a ridiculously handsome man who failed utterly to pass those fortunate genes on to me, bequeathing instead a fanatical love for Leeds United Football Club. He was Mr. LUFC to me, John Charles’ greatest fan and a dedicated match-goer through the Don Revie glory years – when I was just a small child with no interest in the game…

This entry was posted in Football, Leeds United and tagged Alzheimers Society, death, dementia, donations, Leeds United, Marching On Together. Bookmark the permalink.