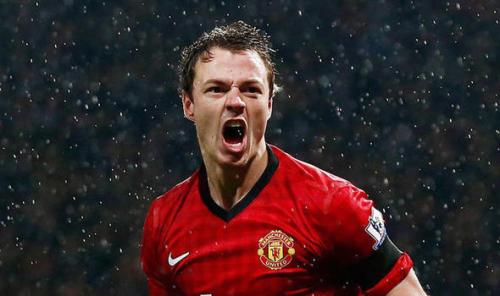 Life, Leeds United, the Universe & Everything has learned exclusively of a potentially exciting career development for one of Man Utd’s brightest young stars. After nine years trying to do football properly, Jonny Evans could be set for a sensational move into showbiz of a more traditional kind even than playing for the Pride of Devon. After his mouth-watering display of salivary skill against Newcastle United, Evans has been offered the chance to replace the legendary Spit the Dog as comedy legend Bob Carolgees‘ “right hand man”.

Carolgees was cautious when questioned about the possible link-up with the expectorating defender. “We’ll have to see,” said the former Tiswas icon. “Jonny is interested alright – who wouldn’t be keen to work with the best? But there are a few issues to sort out – he’s not even been cleared by the FA yet, though naturally that’ll be the merest of formalities.”

Bob’s former partner, Spit the Dog himself, was acknowledged as the brains of the team – but was surprisingly sold at Christies in 2004, raising over £5,000 at auction. It is estimated that it could cost almost twice as much to secure the services of Evans, but Carolgees is confident it would be a worthwhile investment. “Jonny has immense potential,” insisted the former OTT megastar. “You only had to look at the style and panache with which he directed that lump of gristly hockle at Newcastle’s Papiss Cissé. It was a thing of beauty, I’ve not seen dribbling skills like that since the days of Stanley Matthews or possibly even Daffy Duck“. 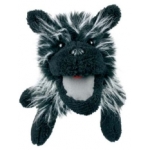 Evans himself was unavailable for comment yesterday, having pulled a tongue muscle in Wednesday night’s action. It is understood, however, that he is keen to work with Carolgees and hopes that Man Utd will not deny him the chance to better himself. Other rumours are abroad since the St James Park incident; one source claims that Evans will make history by being the first non-latex star of the new series of Spitting Image. The player’s agent was quick to pour cold water on this, stating that whilst Evans had “no wish to be snotty”, he prefers to accommodate Carolgees’ guiding hand, rather than appearing with a whole bunch of comedy puppets. “Jonny’s had enough of that sort of thing whilst playing for Man U,” the sharp-suited agent confirmed. “He’s shown true British phlegm in his performances – but maybe it’s time to move onwards and upwards now.”

Papiss Cissé (29) is liable to carry the can and be stitched up a treat.