Another of those mind-boggled moments this morning, when I saw the picture above. Is this for real? Can anyone really be so stupid, vicious or just plain wicked as to pose that tweet on this weekend, above all others? It would be crassly insensitive at any time – on the 15th anniversary weekend of the murder of Chris and Kev, it simply defies belief.

It’s not automatic simply to assume that Wesley Sneidjer – a player who, as far as I’m aware, has no particular grudge against Leeds United – is having some sort of warped go at the club or the fans. He may well simply be exhibiting a Kewell-esque level of dim stupidity, or lack of thought and understanding. In common with so many footballers, Sneijder may not be exactly overburdened with brains. Even so, this is a low and horrible thing to become involved with, at this particular time, as we prepare to pay our 15th anniversary tributes to our murdered brothers.

And the thing is – someone involved is well aware of the implications and the back story here. Footballers don’t do anything on their own beyond, in some more advanced cases, tying their own shoelaces. There’s an army of marketing people, advisers, agents, scum like that. Somebody knows all too well the effect of that tweet on the Leeds United world. They’ll also be well aware of the amusement it will afford to fans of certain clubs who view this kind of thing with sick and moronic relish. Marketing and publicity are arts without a soul or a conscience. If they can sell their product by appealing to the very worst in the malign minority, then they’ll do it – and they’ll do it knowingly – and to hell with the feelings and hurt of those directly or indirectly affected. That’s a kind of evil in itself.

All of that might make us a little more tolerant and understanding of the comparatively harmless phenomenon of mere stupidity, as exhibited that time by Chuckle Brothers Keys and Gray – or indeed by our one-time hero turned traitor and hate figure Harry Kewell. It’s just odd, don’t you feel, that this particular sort of “stupidity” generally manifests itself to the detriment and insult of Leeds United. You don’t get similar “errors of judgement” being made where Man U or Liverpool are concerned – or do you? You tell me.

And please – if anyone is of a mind to justify any of this crap by saying “Well, you lot sing about Munich” – spare me. I’ve heard it all before. It’s not even true, these days – and even if it were, that’d be no reason to heap misery on the heads of people who will be mourning this weekend, remembering loved ones who went to see a football match and never came home. You don’t visit the sins of the idiot minority upon innocent heads – not if you’ve a brain in your skull or any human compassion in your heart, you don’t. So leave it out, if you’re of a “mind” to send such rubbish in. It’ll only get binned anyway.

…turns out he didn’t know

Wesley Sneidjer, unknowingly it seems from the above, has provided the ammunition for a lot of evil morons out there to make what was always going to be a hard weekend for many into something much more hurtful and upsetting yet. I hope he really is suitably contrite. An apologetic tweet was the least he could do, and the removal of the offending item is a real bonus. But the fact remains that there was full awareness somewhere behind this; people seeking to capitalise on hatred and murder. And for those all-too-well-aware smart guys behind it – well, let’s just hope that they eventually find out there’s something in Karma after all. 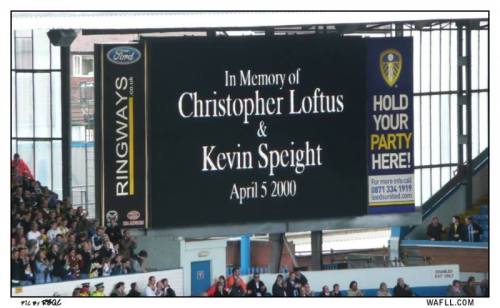 13 responses to “Wes Sneijder and His Galatasaray Knives; Vicious, Malicious or Just Stupid?   –   by Rob Atkinson”