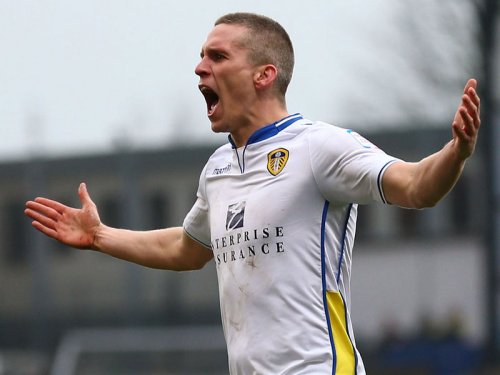 Poor Sheffield Wednesday. And, make no mistake, they were poor. Insipid in build-up, impotent in front of goal – in the end, Leeds United could and perhaps should have won by more. But it would be churlish to criticise a team that comes from a goal down at half-time in a derby match – especially against opponents who traditionally regards every game against Leeds as their cup final. This is even more the case when you consider United’s recent off-the-field troubles – although, let’s face it, trouble’s as near to normality as the Whites ever get.

It’s two in a row now for United striker Steve Morison, who kept his cool to score the winner after his initial shot had been saved by Kieran Westwood in the home goal. Earlier in the second half, young Charlie Taylor had popped up in the right place at the right time to slot the equaliser home after a free kick on the edge of the area had the ball pinging about near goal. All this after the sub-par Wendies had gone in at half time leading through a disputed penalty. United manager Neil Redfearn was frank enough afterwards to admit he thought the ref had called it right. Easy to be magnanimous in victory, you might say – but in reality, so few ever are. Credit to Redders.

That two in two accolade for Morison loses a little of its lustre when you reflect that it could equally be interpreted as two goals in two years. But the big striker has played his part when given the chance this season, in a team that has struggled more often than not. You get the feeling with Morison that, in a team that plays to his strengths at this level, he’d still be a real handful. If he’s still in the white shirt next time around, we might just see much more in the way of fireworks from a much-maligned but still dangerous striker.

As for Wednesday – sadly for their fans (but comically for the rest of us), they’ve let down those supporters who turned up in numbers today for the match that means more to them than any other Championship fixture. In the end, it was just shy of 4,000 cock-a-hoop away supporters out of a crowd of over 28,000 who left Hillsborough raucously satisfied as the glum Wendies trooped sadly home.

It would take a lot to erase the memory of last season’s bitter Hillsborough experience, but Leeds made a start on that process of redemption with this much-improved performance. It’s always good to put South Yorkshire upstarts in their place and, as things stand right now, it may be that Leeds are destined to hammer home the final nail in Rotherham‘s Championship coffin next time out. If that proves to be the case, then Yorkshire’s least civilised quarter will have provided an upbeat end to what in truth has been another dismal season for Leeds.

For the moment, the glum look on the faces of those depressed Wendy fans at their Cup Final defeat is enough to bring a smile for even the most depressed United fan – together with some sort of hope for better things next season. Well, that’s what Massimo Cellino is promising us, and he’s bound to be sincere. Anyone remember the promises he made last season…?