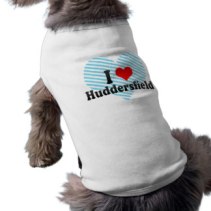 Excitement levels were rising today in the avenues, alleyways, streets and kennels of Huddersfield, with the news that their seasonal Cup Final against the club they’re utterly obsessed with, big brother from down the road, Leeds United, will be televised live by the Sky cameras.

Local boy Jack Russell was almost beside himself with gleeful anticipation as he gave his reaction to the momentous news. “It’s momentous news, this,” he yapped eagerly. “We have a bone to pick with Leeds after their two lucky wins against us last season. And it’s a bone that I’m off to dig up right now,” he added, before scampering off to cock his leg against the gas-lit street-lamp outside his owner’s ramshackle two-up, two-down.

Huddersfield fans have mixed feelings about the comparatively long wait for their season’s high-point; the match does not take place until November 7th, with a lunchtime kick-off. But the feeling among the majority is that the league games leading up to the Final will enable Town to prepare adequately for a challenge they failed to meet twice last season. “It’s not abart results in t’other games afore t’Coop Final,” insisted local character Al Sation. “It’s all abart t’proper preparation, like, cos t’most impooortant thing is to beat Leeds, or at least gerra draw, or at t’very least keep it darn under three this time.”

Meanwhile, large areas of Huddersfield are expected to subscribe to mains electricity for the first time, in order to be able to use their new Sky TV subscriptions for The Big Day. Others have stated that they don’t hold with such new-fangled nonsense, and will attempt instead to run reconditioned Sky HD boxes off the gas supply or perhaps by steam. “If we gerrall this leccy nonsense tekkin’ a foot’old in t’Tarn, it’ll be t’beginning o’ t’end,” barked octogenarian rat-catcher Fred Bassett. “T’place’d go to t’dogs. Not that that’s a bad thing, tha knos…”

Leeds fans groups declined to comment specifically on the Huddersfield game, merely expressing mild surprise that the local derby against Sheffield Wendies had not been selected for live coverage. “We’re that used to being on the box,” said one world-weary Whites fan. “It’s getting to the point that we’re always on – but I suppose it is nice for the smaller clubs to have their time in the spotlight. Even Huddersfield!”, he added, chortling merrily.

The Leeds game will, in fact, be Huddersfield’s second live TV date of the season, in addition to Wolves away in October. But the John Smith’s Stadium outfit have admitted that the trip to Wanderers will now be treated as just another warm-up game in preparation for the real thing. Talk of fixtures against Leeds being treated as Cup Finals has long been a bone of contention among Terriers fans – but it certainly remains the case that this is the fixture that means more to them than any other. The televised Leeds game is set to gain the highest viewing figures of any TV event among Huddersfield viewers – with the possible exception of Crufts.